Dying Is Easy, Comedy Is Hard. Or Is It? 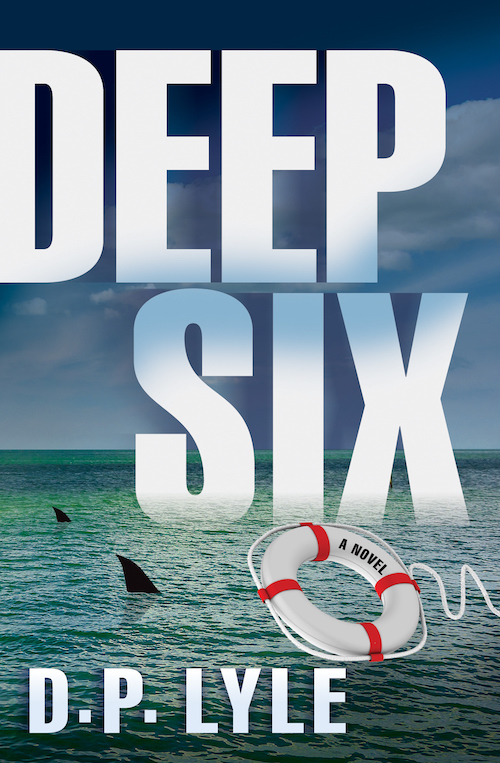 Fans of D.P. Lyle’s darker, more noirish work may suddenly feel like they’re on the butt end of a badly written punchline, but Lyle’s new book is no laughing matter. Actually, that’s a lie. It’s funny as hell.

DEEP SIX is a comedic thriller. No joke.

While it may come as a shock to readers, the genre-shift wasn’t a surprise for Lyle, who credits his family for instilling in him the power of laughter. After eight successful dark and gritty novels, Lyle says he was ready for something light and … well, comedic.

“I had this idea for a funny story about a guy who gets bamboozled into a stakeout, and so I just started writing,” he says.

No outline. No concrete plot. No sense, in fact, of where a “comedic thriller” would even fit in today’s somewhat fickle marketplace. To Lyle’s pleasure, readers appear to be laughing (out loud!) with him rather than at him—and that is certainly something to chuckle about.

“Comedy is hard,” he says. “I could do stand-up comedy no problem, because when you’re speaking in front of an audience, you can gauge their reactions. It easier than writing. You don’t know if the one-liners and gags are making people laugh, because you write in a vacuum.”

True, but Lyle’s vacuum seems to be infused with laughing gas, because DEEP SIX is funny in all the right places, creating a page-turning experience reminiscent of Carl Hiasson’s work.

DEEP SIX centers on ex-professional baseball player Jake Longly who, despite much protest, gets sucked into doing a gig for his dad’s PI business. He’s just supposed to hang around, snap off a few shots of the suspected adulteress, and report back to pops. Easy peasy. That is, until his target gets herself killed.

An investigation into her death leads Jake and his cohorts—new girlfriend, Nicole Jemison and computer genius Tommy Jeffers—deep into a crime where murder and mayhem run rampant along the sugary beaches of Gulf Shores, Alabama.

While the plot absolutely lends itself to comedic relief, Lyle’s true talent shines in the development of his characters—from the loveable Jake whose foot is found in his mouth more often than not, to his tough-as-nails, sarcastic girlfriend, Nicole, the perfect partner-in-crime. Together, they’re a hoot.

“If you read my other books, you’ll find there’s a Nicole in all of them,” he says. “Smart, sarcastic, tough, and alarmingly pretty. I like characters like that—the kind that end up being so much more than they appear at the start.”

Lyle credits his mother for both his love of writing strong female characters, but also for his sense of humor, noting that she could “turn everything into a party.” His father, on the flipside, gets the nod for Lyle’s exceptional worth ethic—even as a successful author, he still practices medicine, a career he pegged at the tender age of 10 after watching the first “blue baby” heart surgery on TV.

“Dad was always about work first, play second,” he says. “He worked at the post office for 30 years and had an accounting business at night—even when he didn’t have to. My parents were of that generation. They never had to ask me if I’d done my homework. Of course I had—that was my job.”

These days, Lyle continues the family tradition by burning the candle at both ends, a routine he says he can sustain thanks to his needy, nocturnal cat—and a deep hatred of sleep.

It doesn’t hurt that DEEP SIX was one of the easiest books Lyle has written—and by some people’s measurement, perhaps his best. The novel came back from his editor with zero structural edits—as in none. (He’s not kidding!)

“That’s unheard of,” he says. “There’s always edits, always something. But I fixed the manuscript up in a few hours. Some books are just easy. Others are not. This one was.”

If you think that would inspire him to keep writing more Jake Longly books, you’d be dead wrong.

But if belly laughs aren’t your thing, don’t worry, Lyle is heading back to the grit with another new character that is, “flawed out the gazoo. The kind who would kill you in an instant. My kind of character.”

. . . says the man who, in his other career, has saved dozens of lives. 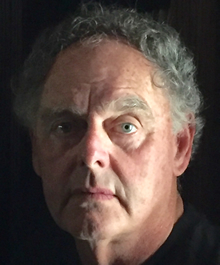 D. P. Lyle is the Macavity and Benjamin Franklin Silver Award winning and Edgar, Agatha, Anthony, Scribe, Silver Falchion, and USA Best Book Award nominated author of both non-fiction and fiction (the Samantha Cody, Dub Walker, and Jake Longly thriller series and the Royal Pains media tie-in series). Along with Jan Burke, he is the co-host of Crime and Science Radio. He has served as story consultant to many novelists and the screenwriters of shows such as Law & Order, CSI: Miami, Diagnosis Murder, Monk, Judging Amy, Peacemakers, Cold Case, House, Medium, Women’s Murder Club, 1-800-Missing, The Glades, and Pretty Little Liars.