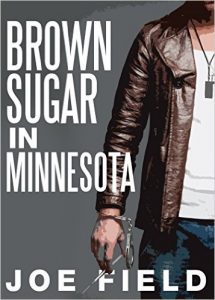 When a ruthless drug dealer from Minneapolis murders his competitors in their own backyard, he triumphantly lays claim to the lucrative heroin networks on two Indian reservations in northern Minnesota. He seems all but unstoppable until Cooper Smith, a young, enthusiastic reporter, stumbles upon the story. Soon he is using his Minnesota Public Radio credentials and voice recorder to wage war against the dealer. For Cooper, the murder of a friend and the fear of being laid off push him to pursue the story despite enemy threats to make a homicide headline out of him.

“Brown Sugar in Minnesota by Joe Field is a short, thrilling ride fueled by drugs and danger. By their very definition, thrillers are high-intensity stories, and whether that manifests in the form of action or psychological drama doesn’t actually matter. Readers seek out an author like Joe Field for his ability to create an atmosphere where both types of drama can play, where readers fear what’s around the next page, but can’t help but keep turning. Brown Sugar in Minnesota is a patient, slow-burning book that digs surprisingly deep for being such a short read. It’s perfect for an afternoon of curled-up excitement, as the honorable forces of journalism and truth do battle with the greedy, corrupt murderers of the world.”

BROWN SUGAR IN MINNESOTA is available from Amazon.

Field is a thriller writer whose debut book, Brown Sugar in Minnesota, features Minnesota Public Radio reporter Cooper Smith. Field is a Minnesota native, and a member of the International Thriller Writers. Subscribe to email alerts on Field’s website: joefield.net, and connect on Goodreads: goodreads.com/joefield.