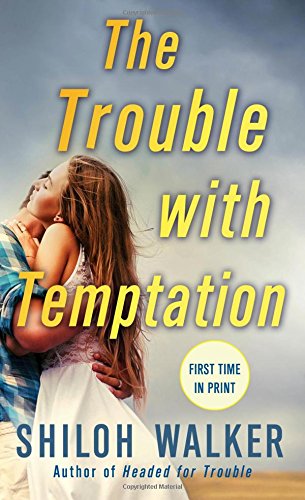 The story follows Hannah Parker, who awakens after several days in a coma with virtually no memory of her life, including how she became pregnant with Brannon McKay’s baby, the man she’s loved since high school. As she struggles to unlock the keys to her past, it becomes clear that recovering her memories may have deadly consequences….and Brannon will stop at nothing to keep her safe.

In this interview with The Big Thrill, Walker talks about her vast career and offers some inspiring words for writers on the cusp of publication. Hint: Flexibility is key.

While it’s obvious you write in many romantic sub-genres, it’s been a while since we’ve seen a paranormal romance from you. What inspired your transition?

Although I’ve read several of your books, I don’t think I realized just how vast your output is—I have some catching up to do! Is there a romantic sub-genre that is more fun to write? One that comes easier?

Romantic suspense almost always comes easier.  I tend to look for skeletons in the closet for some reason.

Tell me about your transition from nurse to author. What was the catalyst? What kind of a journey was it?

There really wasn’t a big transition. I’ve been writing since I was a kid and knew that’s what I wanted to do when I grew up, but I never had some great expectation of graduating and selling the first book I wrote.  I knew it was going to take work, so I went to school to be a nurse, got a job in nursing and did that. Writing took a back seat for a while after I got married and had my first two kids, but then I started writing again, started trying to get published.  I started with a smaller digital press and things took off.  I had a rough year in 2004 and one day, it dawned on me that I actually could quit, maybe work part time and write.  I ended up not looking for a part time job. I just wrote.

While the TROUBLE WITH TEMPTATION is the second book in this series, I didn’t feel confused having not read the first. What can readers expect next from the McKays? What was the inspiration behind the series, and in particular this book?

I write books with a lot of families in them, particularly with my suspense works.  There are either families or close knit communities, so that was the rough idea there.  I live near the Ohio River and I’d been thinking off and on about doing a story that had a huge focus on the river…for reasons. But I didn’t want to do it on the Ohio once I got to researching.  I decided on the Mississippi. There’s a huge family legacy behind the McKays and the idea behind them came from an idea about buried treasure. And pirates. River pirates. The next and final book will be Moira’s.

Your success is inspiring, though perhaps somewhat daunting for a new author. What advice would you give to aspiring writers to help keep butts in chairs and motivation high in an ever-evolving industry?

Don’t expect it to be easy.  I still struggle.  I went back to the medical field part-time a year ago and now I do freelance writing under another name—no, I’m not telling—because the income from two of my digital pubs dropped so severely. Be ready to be flexible and adjust, because if you don’t, you won’t grow and you know that saying…if you’re not growing, you’re dying.

What kind of research was required for TROUBLE WITH TEMPTATION? The feelings / effects associated with Hannah’s accident felt very authentic. What role did your former occupation as a nurse play in this story? Is this the first book where you’ve drawn on this experience?

I’ve never worked with amnesia victims, but being a nurse, I know where to go for the right kind of research and I talked to people who actually had experience with amnesia.  Being a nurse I know the basics of hospital care, so that was easy.  Working that into the story just came naturally.  And no, it’s not the first time I’ve used my nursing background to work certain details into a story. It’s been helpful on that front, which is good, I guess. Hopefully, I keep nursey type readers from hurling books the way I have a time or two in the past when something just seems…off.

A contemporary fairy-tale trilogy—not paranormal-—just playing on a couple of fairy tale tropes and I might starting toying with a return to my FBI psychics series, with the idea of self-publishing it.

Shiloh Walker is an award-winning writer…yes, really! She’s also a mom, a wife, a reader, and she pretends to be an amateur photographer. Her Secrets and Shadows series includes Burn for Me, Break for Me, and Long for Me.