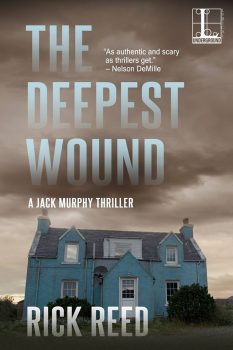 Rick Reed’s recent release, THE DEEPEST WOUND, is the third in a series of police procedural thrillers. He introduced Detective Jack Murphy and his partner, Detective Liddell Blsnchard, aka/Bigfoot, initially with The Cruelest Cut. The series continued with The Coldest Fear and now Reed has taken us even deeper into the belly of the serial-killer beast with THE DEEPEST WOUND.

Reed, a retired Detective Sergeant with the Evansville, Indiana Police Department, refers to himself as the “accidental author.” His writing career began when he captured confessed serial killer Joseph Weldon Brown. Along with distinguished writer, Stephen Walker, he co-authored the true crime book, Blood Trail, published by Kensington Books in 2005. Blood Trail is the true account of Brown’s murders.

Reed caught the writing bug and turned his attention to writing fiction. He states, “You can kill people, maim people, destroy lives, get married, get divorced, and no real person is injured. In true crime, someone is always injured, hence the story.”

In THE DEEPEST WOUND Reed takes you backstage in the political arena of the criminal justice system, from the workings of the police department and prosecutors office to the news media where it is said, “If it bleeds, it leads.”

The story begins in Evansville, Indiana, when a couple is illegally dumping an old mattress and finds body parts outside of the local trash dump. It’s a weekend. Detectives Jack Murphy and Liddell Blanchard are attending an engagement party for Jack’s ex-wife. She is marrying the Chief Deputy Prosecutor, which gives Jack two reasons to hate the man. First, because he is taking away any chance Jack might have of reconciling his marriage. Second, the man is an attorney. Jack doesn’t like attorneys as a rule. But then Jack and Liddell are called to the crime scene.

From there the story takes you through the twists, turns, roadblocks, and one-upmanship of politics, and the effect that has on an investigation.

Reed writes serial killer fiction, but in THE DEEPEST WOUND, he kicks it up a notch to include what is referred to as “Team Killers” in criminal justice literature. Jack teams up with a female State Police detective with a secret that adds an even more confusing spin to things.

The bodies pile up, the pressure to catch the killers mounts, and Jack finds himself in everyone’s crosshairs.

Reed’s next Jack Murphy book, The Highest Stakes, will be released on October 25, 2016. It’s available for pre-order now. 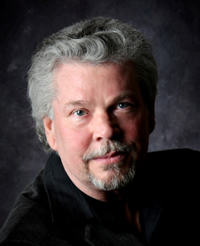 Sergeant Rick Reed (Ret.) was a member of the Evansville Police Department and Vanderburgh County Sheriff Department in Indiana for 30 years. During that time he served as a hostage negotiator, handwriting expert, and lead investigator on numerous serial rapist, cold cases and homicides. Reed’s acclaimed book, Blood Trail, is the true account of one investigation that unearthed a serial killer, Joseph Weldon Brown, who claimed the lives of fourteen victims. After imprisonment, Brown strangled his cellmate and was sentenced to a second life-without-parole sentence. Reed is the author of the Detective Jack Murphy thriller series. The Cruelest Cut and The Coldest Fear were re-released in March 2016, The Deepest Wound was released in April 2016, and his new book, The Highest Stakes, will be released October 25, 2016.

Reed is currently teaching Criminal Justice and writing. He lives with his wife, Jennifer, and their critter family, Belle and Lexie. You can reach him through his website at  or through KensingtonBooks.com.