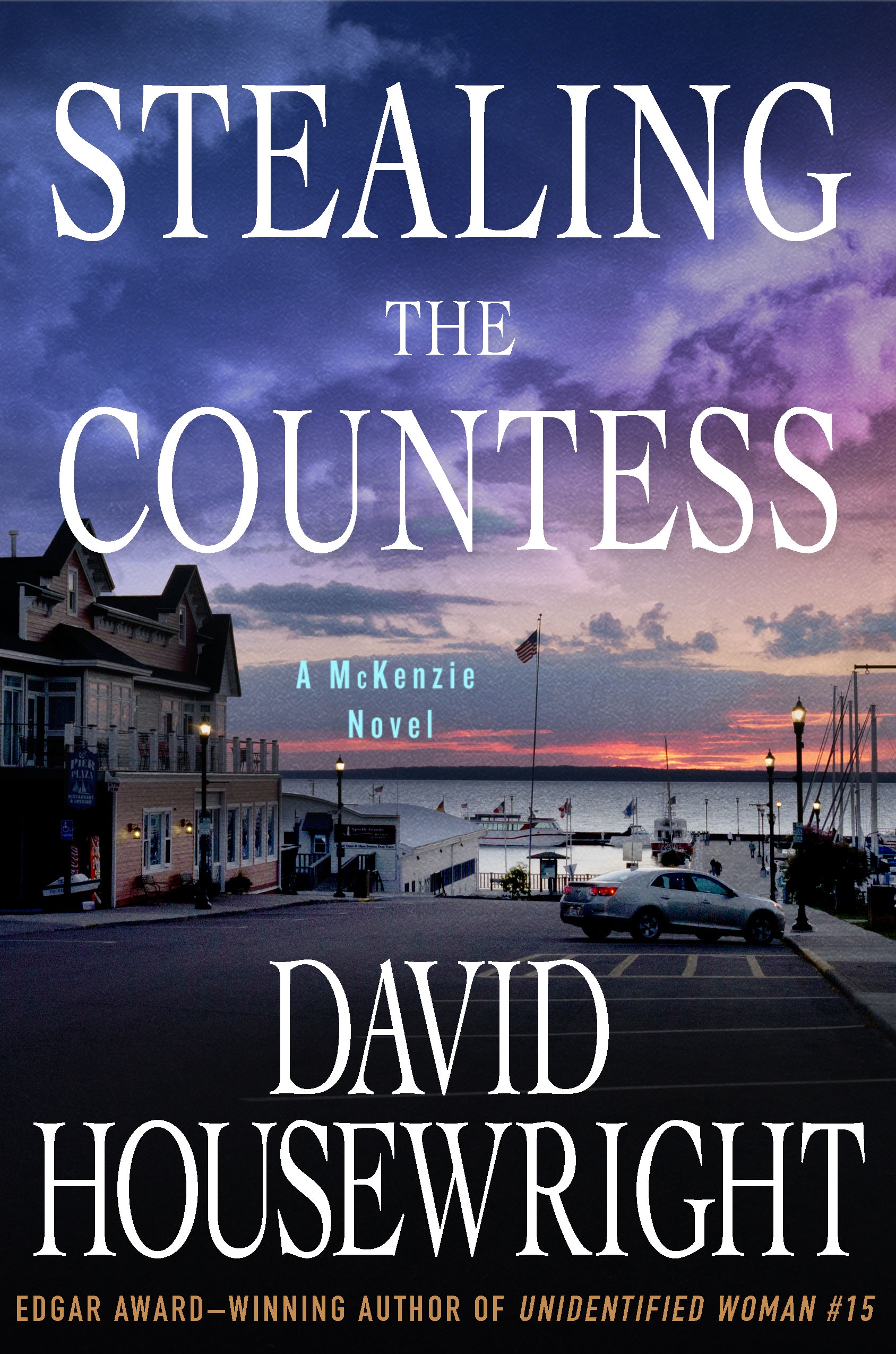 When a $4 million Stradivarius violin is stolen from the locked room of a bed and breakfast in Wisconsin, retired cop-turned private investigator Rushmore McKenzie is once again called into action.

But as he soon learns, this case is far from typical. Not only does the foundation that owns the violin refuse to buy it back from the thief (or thieves), the violinist who has played it for the past 12 years is desperate for its return—even if it means fronting the reward money himself.

To get back the invaluable instrument, McKenzie must go against the local police, the insurance company, the FBI’s Art Crime division, and his own lawyer’s advice. With his 13th novel in the series, author David Housewright pits his protagonist against some of his biggest challenges yet.

In The Big Thrill this month, Housewright takes us deeper into the world of his series protagonist, and shares what inspired this page-turning mystery.

Having not read the synopsis, I was pleasantly surprised to learn that the “countess” is a $4 million violin. What was the inspiration for this book?

I wrote a book called Curse of the Jade Lilly dealing with art theft.  During the course of my research, I learned about some of the things that so-called “cat burglars” like to steal including priceless objects like Stradivarius violins—that no one hears about because the victims often quietly make deals for the safe return of the objects.  I just kept it in my pocket until I had a story to tell.

I had no idea a violin could be worth $4 million, certainly not one that would be played and not preserved in a museum. What kind of research was required for this story?

Actually, $4 million is at the low end. Some Stradivarius violins—and cellos—go for much more.  And of course, I had to learn about that and many other things as well.  It wasn’t that difficult, though.  STEALING THE COUNTESS is my 18th novel, and over the years I’ve built a pretty reliable cadre of sources including cops, FBI agents, and district court judges that I can call on.

The details you’ve peppered in really bring out the authenticity, which I suspect is a skill acquired as a former journalist. How much research is too much?

I’m a disciple of the late great Elmore Leonard. (I was allowed to call him “Dutch” because I bought him non-alcoholic beers in a bar in Denver—“If you’re gonna buy me a beer, kid, you got to call me Dutch.”  We spent about two hours talking about westerns—books and movies; one of the great moments in my life.  It broke my heart when he died. ) He famously said that the secret to good writing is learning to cut out the parts of your book that readers skip, and I agree.  I spend a lot of time doing research; it’s important to me to get it right; I figure I owe it to my readers.  But I only include in the book what’s necessary to tell my story.  One of my rules—if it doesn’t move the story along or reveal something significant about the main characters, I take it out!

A perfect example, I spent a lot of time learning about boats while researching THE COUNTESS; about the people who live on their boats in the summer on Lake Superior even though I knew only a tiny bit of it would sneak into the book. Call it a guy thing.

Although this is 13th book in this series, I wasn’t confused having not read the previous books. Would you care to share your secret for keeping the series fresh?

I always begin with the basic question—what is this book about?  The best crime novels are always about more than who killed Mr. Body in the library with a candlestick or will the haunted investigator catch the serial killer before he strikes again; can the play-by-his-own-rules government agent stop the terrorist in time.

STEALING THE COUNTESS is about relationships, not only between a man and a woman, but also between people and their professions, their communities, their perception of themselves.  Once I had that in my head, it was just a matter of coming up with a story that would allow me to explore my themes in an entertaining manner.

I can almost see this as a movie, which begs the question, who could you see cast in the role of Rushmore, and why?

Swear to God, Dawn, I’ve never given it any thought.  Who do you like?

The transition from reporter to novelist isn’t unusual, particularly in the thriller genre. At what point did you want to write fiction, and how rocky was the road from newspaper to publishing house?

I’ve always wanted to write fiction going back to that printing press when I was 10 years old. I made several attempts over the years; God-awful failures every one.  I suppose it was because I was more interested in stating my personal view of the world than telling a story.

The creative director of an advertising agency once told me that you needed to be at least 30 before you became a good writer because it took that long to get the crap out of your system (although he didn’t use the word “crap”). There might be something to that, too.

Yet, once I decided to do it, it was a fairly benign experience.  Wrote the book, found an agent, signed with a publisher, won the Edgar Award—easy peasy.

I’m always impressed with authors who know how the value of well-placed clues. What draws you to the mystery genre?

True story—my first novel, the Edgar winner Penance, wasn’t meant to be a mystery.  I was attempting to channel Gore Vidal at the time and write about political corruption.  It occurred to me while I was plotting the book, though, that it I tossed a few dead bodies on the floor it would make a dandy crime novel.  I suppose that’s because back then I used to read four or five mysteries for every non-mystery so, the conventions of the crime novel were very familiar to me.  You could say that I didn’t choose mysteries.  Mysteries chose me.

I love that you “self-published” your first book at the tender age of 10. Obviously you’ve come a long way since then. What is the worst—and best—advice you’ve received?

I can’t say anyone has ever sat me down and given me advice about writing books— good or bad.  A newspaper editor once told me early in my career that if I needed inspiration to write I was in the wrong business, and a creative director said when I drifted into advertising that facts are only as interesting as the story you tell about them.  Beyond that…

Many of your stories have been published in anthologies. What do you think is driving a trend toward short fiction?

I think the rise of short fiction is due to the rise of short attention spans.  Millennials – including my own son and daughter—who read everything off their computers and smartphones—seem less inclined to spend a couple days with a book.

Which is also one of the reasons I enjoy writing them.  I can churn one out in a couple of days, a week at the most, instead of the six months it takes to write a book. I also like the one-two punch you get with a short story that you seldom get with a novel.

I just finished a short story for an anthology that’s meant to honor Gary Shulz, the former owner of Once Upon A Crime Mystery Bookstore in Minneapolis, who passed recently.  The next McKenzie is already at the publisher, tentatively titled DEAD MAN IN THE SNOW.  And I’m also working to bring back Holland Taylor, the main protagonist in my first three novels. Look for Darkness, Sing Me a Song around November of next year—both series published by St. Martin’s Minotaur.

Which means, I’m now writing two books a year.  Suddenly, this is starting to feel like a real job. 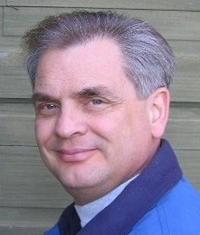 A reformed newspaper reporter and ad man, David Housewright won an Edgar Award from the Mystery Writers of America (Penance) and three Minnesota Book Awards (Practice to Deceive, Jelly’s Gold, and Curse of the Jade Lily). His 18th novel – Stealing the Countess – will be published in June 2016 (St. Martin’s Minotaur). He also has published a volume of short stories called Full House (Down & Out Books) and occasionally teaches novel-writing courses at the University of Minnesota and the Loft Literary Center in Minneapolis. Housewright was elected President of the Private Eye Writers of America in 2014.