How to tell apart a James Bond movie fan from one who enjoys the books better? Simple. The latter is still upset that they changed baccarat for Texas Hold ‘Em in the 2006 version of Casino Royale. James Bond is the ultimate suave spy whom women desire and men want to emulate. But did you know that Ian Fleming based his character on a real person? It turns out that James Bond is not the amalgamation of several bits and parts from people like Frankenstein’s monster, but based on one individual who lived a dangerous life as a double agent for the British government, and whose exploits would rival those of his fictional counterpart. Ian Fleming met this man during a mission and watched an event that largely mirrored the gambling scene in Casino Royale.

This tale of nonfiction written by Larry Loftis reads much like a novel, and a thrilling one at that.

The Big Thrill had the opportunity to interrogate Mr. Loftis this month. Note we didn´t use the words “ask questions” because this book is worth probing in more than one read.

How did this project come about? When did you first hear of this story?

I had started an espionage novel and wanted to do a little research so my story would be exciting and realistic. I began digging for the “greatest spy ever” and all roads led to Popov. The information was sketchy because so much has been classified until very recently, but what I read was incredible. This MI5/MI6 agent had done more in real life than I was making up! The more I learned, the more fascinated I became. I kept asking myself, “Why doesn’t anyone know about this man?” In short order, my historical fiction novel became a narrative nonfiction book.

Since I gather most of the people involved in this tale are dead, was research particularly difficult?

It made it a bit more difficult, yes.  Fortunately, I had Popov’s memoirs and the interviews he had given before he died, as well as the thousands of pages in the MI5 and FBI files. And I had many online discussions with one of Popov’s sons, and “baby Misha,” who plays an interesting role in the book (I won’t spoil it here). The “baby” is now in his seventies and is as delightful as his father (Ivo Popov, agent DREADNOUGHT).

The way the story is written, it feels much like fiction, particularly the way chapters end in high notes or cliffhangers. Was this intentional or did it grow organically?

Absolutely intentional. Who wants to read a boring biography?  The difficulty, of course, is that I can’t make up the plot or fascinating twists or cliffhangers; I’m dealing with actual history. But I can decide where to make chapter breaks, which I did. And I can withhold information from the reader and reveal it later.  So while the story is nonfiction, it is also a legitimate thriller.

Early in the book you mention that Dosko’s fourth language was German. It amazes me the casual manner of the statement. Do you think our generation is suffering due to our perceived lack of learning multiple languages?

Within months of that statement Popov mastered his fifth language: English. Indeed, the diminished liberal arts education (which requires at least one foreign language) in the U.S. is unfortunate. If you follow classical education, which our Puritan fathers used, children are taught Greek, Hebrew, and Latin at a very early age, which makes modern languages much easier to learn in middle and high school. You have no idea how easy English grammar is until you’ve parsed Greek verbs!

How many times did you have to read Casino Royale to pinpoint the nuisances of the fiction against the real life version you mention in the book?

I read a little bit differently than most people; I don’t “read” books, I study them. I read with a highlighter and a pen so that when I come across a great line, I highlight it. For me, a beautiful sentence is like a delicious meal and I want to digest it slowly. I want to admire it a moment and think about the author’s choice of words.  When I see an interesting nuance, I put a star next to it.  I take notes in the margins and at the end of chapters. Also, as I go along, I transfer key thoughts to the blank pages at the front of the book.

As such, I only read Casino Royale once. But my notes at the beginning of the book indicated page numbers where Bond’s physical features were described, his smoking and drinking habits, M’s description, the casino and hotel details, the Brittany cliffs, and so on.  I already knew what Popov and Fleming saw in Estoril, so it was easy to match the novel to 1941.

This may sound like asking to state the obvious but, are you a James Bond/Ian Fleming fan? If so, was it difficult to separate the fan-hood from the work?

Of course, who isn’t? What is surprising, however, is that while everyone has seen most of the Bond films, few have read any Bond novels. That’s a shame because Fleming is underrated as a writer. His prose isn’t always as tight as I’d like, but his imagination and storytelling is superb.  Add to that his intimate knowledge of military intelligence and you have a unique recipe to create, well, an iconic spy named James Bond.

In the chapters about Pearl Harbor, how did all of this escape the later Pearl Harbor investigations, and our textbooks?

I can answer both with one word: Hoover.  He buried the information with classification and kept it buried for decades, long after his death. The FBI Director died in 1972, and none of this material even began to be released until 1982, and even then it was just a trickle. And no one on the British side could say a word because of the Official Secrets Act.

How did Ian Fleming get away with such a real story in Casino Royale and not get in trouble with MI6 and the Official Secrets Act?

He walked a fine line, no doubt.  But Fleming changed just enough … “C” becomes “M,” Estoril becomes Royale, the Cascais cliffs become the Brittany cliffs, the Palacio and Parque hotels become the Splendide and Hermitage, Casino Estoril becomes Casino Royale … and agent TRICYCLE, Dusko Popov, becomes agent 007, James Bond. And Fleming used no real MI5 or MI6 agent or code names from the war. Intelligence officers who later wrote memoirs would reveal just tidbits of what Popov did and would refer to him with fictitious code names such as BICYCLE, TALLYRAND, and IVAN (Popov’s German code name). 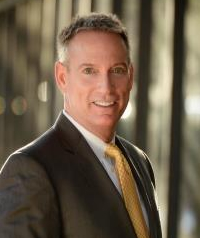 To learn more about Larry, please visit his website.