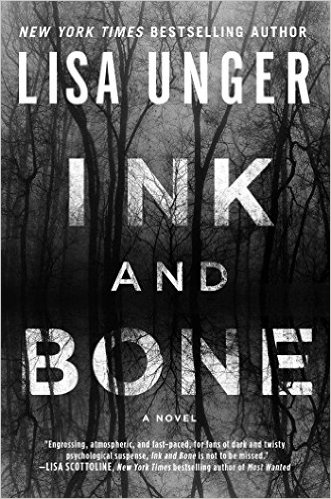 Lisa Unger won’t tell you how to pen a bestseller, not even if you get on your hands and knees and beg. Frankly, when it comes to writing, “choice” doesn’t really factor into her process—and while that seems all romantic and author-ish, it’s sometimes scary for a writer who categorizes herself as the ultimate control freak.

“I don’t have an outline, I don’t even know who is going to show up,” she says. “People look at you like there’s some secret you’re not sharing, but I’m not going to tell you how to develop a character. I don’t think there is one way to develop a plot, to explain how story and character are unified, and setting, and scene, atmosphere, suspense … these are not separate parts. They are all pieces in a mosaic of the whole. I don’t have an instruction manual for that.”

This organic way of storytelling delivers the authentic thrillers for which Unger is known, but requires that she fully immerse herself in the fictional world, tuning out the often deafening chatter of the internet and outside world. She doesn’t listen to the voices of self-doubt or get wrapped up in the publishing drama du jour. Unger sets out each day with one focus: to write better than she did the day before.

“The thing that gets me out of bed in the morning is not how many copies I’ve sold, but rather whether I can dig deeper,” she says. “That is the truly joyful, exciting thing for me. And so it should be for everybody. Publishing should be incidental. Not one bestselling working author today was not once an aspiring writer with the dream to write. Ninety-five percent of being a writer should be dedicated to writing better than your last best work.”

It’s no shock then that her latest thriller, INK & BONE, is perhaps her best novel to date.

In it, Unger revisits an old character favorite, Eloise Montgomery, an eclectic psychic who makes her first appearance in Fragile, the first of the Whispering Hollows series. INK & BONE introducers readers to Eloise’s spirited granddaughter, Finley, a tattooed, motorcycle-driving “bad ass” who—much to her chagrin—is just starting to understand her own physic abilities as she is drawn into a haunting search for a missing child.

Deep, dark words for Unger, whose personality while not writing couldn’t be more optimistic and cheery—the writer hard at work at the laptop is not the same person who makes a smoothie and goes to pick up her daughter from school, she notes. Even still, Unger never thought she’d delve into child abduction, but as with much of her career, shying away from a tough topic—even this one—was never an option. 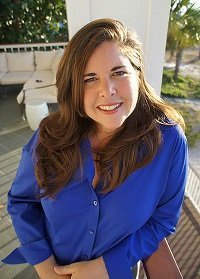 “The truth is, I have this super dark, twisted imagination and it’s constantly turning,” she says. “Becoming a parent really amped that up in a major way. Writing for me is an exorcism, a way for me to metabolize fear. In a lot of my work, you can see my life, and this book represents a little bit of what was going on for me in this moment as a parent.”

Like talking openly with her daughter about “stranger danger” and protecting herself. About setting boundaries. About breaking rules—if the situation warrants it. About never, ever, letting anyone take her. Ultimately, Unger is preparing her daughter to be tough like Penny, the little girl abducted in INK & BONE.

“The thing I like about Penny…even though her experience was harrowing, she was strong,” Unger says. “She was loved. She had a sense of self. She was a survivor.”

Tough also, like Finley, whose “bad girl” persona steers clear of stereotypes and delivers the foundation for an exceptional “coming of age” story—even though Unger admits that wasn’t an intentional theme.

It’s only now, after the book is in the hands of the reader—and thus, out of Unger’s control—that she can begin to understand her work, to look for deeper meanings, character revelations, or even be able to talk about the story at all.

“While writing, I’m in so deep, I’m not really aware of what’s playing out on the page,” she says. “The place where I go to write is very internal. That creative space…it’s hard there. It can be lonely. It can be mentally challenging. I don’t mean it’s not a great job, but it’s an investment in heart, mind, and spirit. You have to get into that zone and write from that organic place of empathy for your characters. It can be hard.”

Perhaps, but fans may disagree. With INK & BONE—as with all her previous bestsellers—Unger makes it look easy.