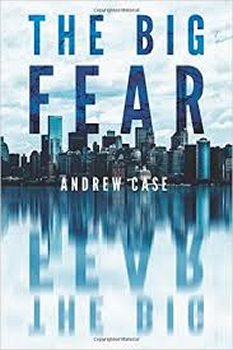 We knew they didn’t care about us because they scheduled us during lunch.

Every spring, the New York City Council would hold budget hearings, asking every city agency to come forth, boast about their performance, and beg for a little supplemental funding. Each year, I would write the testimony for the board chair and executive director of the Civilian Complaint Review Board—the city’s official all-civilian agency dedicated to investigating police misconduct. All the criminal justice agencies—the NYPD, the District Attorneys, the Department of Corrections, and us—would be scheduled for the same day. And every year, year in and year out, we would be scheduled from 12:15 to 1:15, and every member of the city council save two would finish fawning over New York City Police Commissioner Ray Kelly and go get a sandwich.

During my decade investigating police misconduct for the City of New York, the most important lesson I learned was that, during that time, almost no one cared about police misconduct. We issued reports about the geometric increase in the number of street stops years before the NYPD got sued over it, and it was a few graphs in the back of the metro section. We reported on an officer who had tried to get someone to cough up a few grams of heroin by whaling on him with a nightstick until his spleen was ruptured. Nothing. We reported on a cop who had dialed 911 on his own cell phone and pretended to report a crime so he could stop and search some kids he had a hunch about. No one cared. Broken bones, pepper spray, ethnic slurs—from 2001 until 2008, it was the kind of thing that a grateful city could easily forget. Didn’t you know? The cops are all heroes.

I left the CCRB in 2008, but it never left me. I wrote a play about my experience there in 2009, and it had healthy runs in Miami, Philadelphia, New Jersey and Chicago.  And when I moved on from theatre and started writing fiction, I realized that my topic had been staring me in the face for years.

I wrote THE BIG FEAR slowly, while working on other projects, wondering if anyone would want to read a book about a civilian investigator tasked with finding out whether a cop was justified when he shot a fellow officer. After all, they hadn’t much cared about it in real life. If a police officer said that a comb or a wallet looked like a gun, that was good enough for the jury, and just about everyone else too.

But just after I finished the book and started to send it around to agents and eventually publishers, something startling happened. Michael Brown. Eric Garner. Walter Scott. Suddenly, the fact that the police were killing unarmed men—something that had been going on for decades—was national news.  People who had never heard the victims’ names I had lived with—Anthony Baez or Lukas Glenn, Ousmane Zongo or Sean Bell or Gidone Busch or Timothy Stansbury—were opening their papers to a whole new set of names, a whole new set of tragedies. Reporters who I had tried to push stories on five years before were calling me asking for my thoughts on the latest shooting. Someone mounted the play again. And I got a call that the book was going to be published.

At first, I felt a little bad about it. I didn’t write the book to capitalize on tragedy. I didn’t want to be someone who was jumping on a bandwagon of terrible news. But then I remembered how little anyone cared about police oversight a decade ago. How no one would run a story about the twelve-year old who got smacked in the face for talking back to police officer, and when he got smacked in the face it ruptured his eardrum. So I couldn’t complain now that people were finally paying attention. 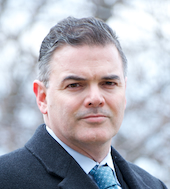 Andrew Case is an award-winning playwright and novelist. His plays have been produced by the Steppenwolf Theatre in Chicago, New Theatre in Miami, InterAct Theatre in Philadelphia, and many more across the country. His work has been commissioned and developed by the Manhattan Theatre Club, the Atlantic Theatre, Primary Stages, the Eugene O’Neill Theatre Center, and many more. He is a member of the Primary Stages Writers Group and PEN America Center, and a winner of the Samuel Goldwyn Award.

Additionally, he is an expert in civilian oversight of police misconduct. His scholarship on police oversight has been published in the Columbia Human Rights Law Review and he has been quoted on police oversight and reform in the New York Times and many other media outlets. The Big Fear is his first novel.