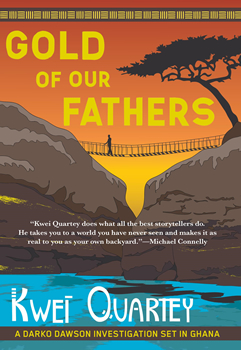 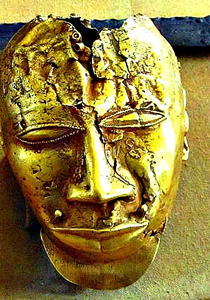 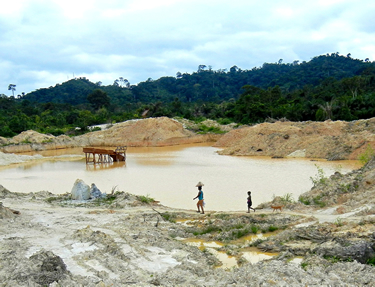 WOMAN AND CHILD WALK PAST HUGE ALLUVIAL PIT MINE 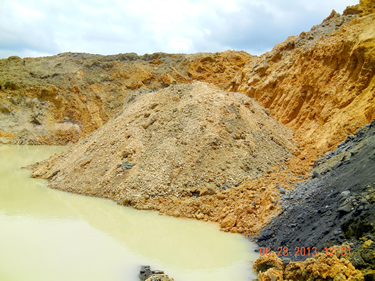 BLACK ORE IS GENERALLY THE RICHEST IN GOLD 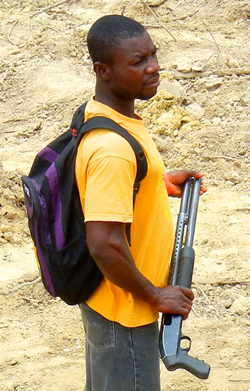