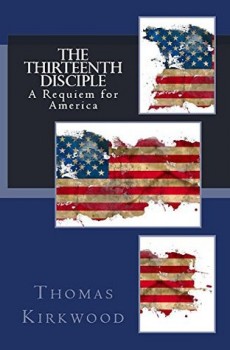 Although the darkness had lifted, the nation was still paralyzed by fear. Citizens stayed away from shopping malls, airports and theaters. The economy remained in a seemingly unstoppable tailspin. Military aircraft remained grounded for fear they would be taken over by cyber-intellects and crashed into critical components of the infrastructure. Financial institutions closed, shutting down their heavily networked computer systems to avoid a repeat of the “portfolio adjustments” made during the blackout. Billionaires tried in vain to recoup lost fortunes; their heavily leveraged investments and giant real-estate holdings collapsed, creating a ripple effect that impoverished an entire elite of wealthy citizens. The United States, on the verge of total dysfunction and probable collapse, became for the first time in its history a beacon of despair rather than hope. How did this happen? What were the results? This novel will tell you how the world’s oldest democracy set itself up to become the world’s newest dictatorship.

THE THIRTEENTH DISCIPLE is available from Amazon.

“A moving love story as well as a novel filled with action and suspense … strong and sympathetic characters … LeCarré, Follett, Ludlum and others in this select group are going to have to step aside … Thomas Kirkwood is a writer to get excited about.” — Rocky Mountain News

“AN ABSORBING TALE . . . THE STUFF OF WHICH MOVIES ARE MADE.” — Rocky Mountain News

Thomas Kirkwood is an international author best known for his Cold War thrillers. His novels have been published by Macmillan, Collier Macmillan (Europe), Donald I. Fine (an imprint of Penguin), Signet (an imprint of NAL), Amazon, Brilliance (audio), Ménéstrandise Studios of Rome (audio) and Stjerne-Spenning (Europe). After many years in the EU, he now makes his home in Salida, Colorado. Kirkwood’s novels include “THE THIRTEENTH DISCIPLE: A REQUIEM FOR AMERICA,” “THE SVALBARD PASSAGE,” “THE QUIET ASSASSIN,” “THE TRADE,” “LACKING VIRTUES” and “THE POPPY BROKER,” all of which are now available in both physical and Kindle editions. Under the pseudonym Tommy Vilar, Kirkwood has begun a swashbuckling series featuring the Italian counterpart to James Bond, Dante Passoni. The first volume, entitled “SAVE ITALY! Forget the Rest,” is now available. Under a second pseudonym, Chub Yublinsky, Kirkwood has published a novel dealing with teenage love and loss entitled “FAITH A Secret Life.”