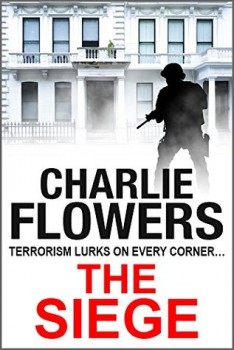 And one man on the inside…

It is 1980. Terrorists have seized the Iranian Embassy in Kensington. Their demands are impossible to meet, and the clock is ticking. Soon, hostages will start to die.

But Captain Mahoney and the SAS teams waiting outside have an ace card. An agent of British Army Intelligence is in the terrorist cell. Can their man get the information they need out, or will the embassy be destroyed? And will he survive if they raid the building?

THE SIEGE is available from Amazon.

Charlie Flowers is published by Endeavour Press, and is a member of the Crime Writers’ Association and International Thriller Writers, Inc.