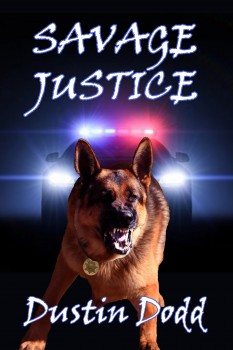 What do you mean you started writing a book?

For someone who nearly needed a bayonet in the spine to be encouraged to attend his English classes, no truer words were ever spoken.

You see, I was the kid in the heart of the Central Valley of California who was too smart for his own good. I thrived and reveled in hard sciences like physics, chemistry, and calculus.  I loved the clean and simplistic world of numbers and facts. My analytical and type-A personality ravenously devoured facts and regurgitated them more readily than the world’s favorite mailman in a Boston bar.

I hated writing. I detested it. I loathed assignments that cramped my hand and offered no new information to further inflate my more-than-healthy ego.

I received my first glimpse into a dimension I’ve come to love exploring during my sophomore year of high school back in 1995. Mr. Thomas Craig patiently endured my reluctance to finish his weekly writing assignments. His constant pressure, combined with an amazing teaching style, frustrated me and, unbeknownst to me at the time, taught me the value of writing as an outlet to express oneself. I expressed my displeasure with his assignments in my weekly journal—and walked right into his trap.

Mr. Craig, if you read this… thank you.

Fast forward to college. Once again, while swimming in a vat of organic chemistry, microbiology, and calculus, I stumbled into an English class  chock full of writing assignments we were required to pass. One such assignment involved free writing about a one-word topic picked by the professor. The third free write topic was “courage.” I thought back to Thomas’s teaching, and was surprised to find a smile on my face. I wrote, “This is.” And turned in the paper.

I got an “A.” I started to realize there is something to be said about saying more with less and painting a picture with words.

After college I immediately went to work as a police officer. The profession suited me well as it appealed to the academic, the athlete, and the adrenaline junky that comprised my soul. Who doesn’t want to get paid to drive fast, shoot guns, and gather evidence in a scientific manner to help ensure criminals are incarcerated? As an added bonus, I got to write report, after report, after report—every single day.

Wait what? You want to do what?

An old field training officer of mine once said that law enforcement  is 99% sheer boredom and 1% sheer terror. I figured I could deal with the constant writing to take a crack at the 1%. When the 1% started happening on a surprisingly frequent basis, two things happened. My first discovery was how I loved telling the stories of my adventures and misadventures, most starting with the phrases, “So there I was, minding my own damn business…” and “You’re not going to believe this…” The second was I inherited the title of “magnet.” Add a colorful adjective and you’ll fit right into the law enforcement community.

The outlandish calls for service, even in the California equivalent of Mayberry, continued to mount. I began jotting down one to two sentences in my notepad to remind myself of the piles I frequently stepped in. After all, truth was stranger than fiction.

A couple of short years later, I looked over my notes and discovered that I had no clue as to what half of them referred. It took some teeth grinding, and sweat beaded on my brow, but I was finally able to unearth some long-buried memories.

I realized that if I had already forgotten what my own notes referenced after only a couple of short years, I didn’t have a prayer of remembering any of my legendary adventures and epic failures after thirty more. I sat down at my laptop and wrote out each of the stories in their entirety while the memories of the events were fresh in my mind.

In 2011, I was shipped out to Huntsville, AL. for Explosive Ordnance Disposal training at the Redstone Arsenal Army Base. Instead of cruising at 30,000 feet, I found myself seething in an airport, stranded and likely to miss my connecting flight, all because of a flat tire on the bus with wings.

I cracked open my laptop and began poking around. Photos I hadn’t looked at in ages materialized on the liquid crystal display. Things long forgotten came roaring back to my mind’s eye. My trip down memory lane was a good one.

I stumbled across my treasure trove of stories. Bored and with a ton of time on my hands, I had a wild idea. Why not twist four or five of these crazy calls for service into one long narrative? What could be better than fiction borne from truth that was stranger than fiction? A dozen or so revisions and several rounds of edits later, SAVAGE JUSTICE became a reality—and I enjoyed every minute of it.

SAVAGE JUSTICE is my first novel. It is fiction inspired by the true events I investigated with my police K9 partner Kota, alongside some of the finest our nation as to offer who stand between society and chaos. 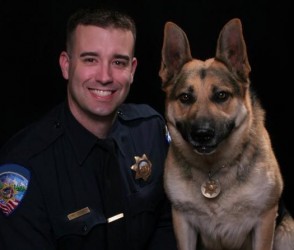 He has worked as a police officer in the Central Valley in a region with nearly seven hundred fifty thousand residents since 2001. The region is famous for its easy access to Yosemite National Park, the Fresno State Bulldogs, and its agriculture. He met his wife Jenny in 2002 while she was a manager of a well-known coffee chain.

Dodd has served his community as a patrolman, K9 handler, DUI officer, high-technology computer forensic analyst, homicide detective, crime scene investigator, Explosive Ordnance Disposal bomb technician and explosive breacher for the SWAT Team. He has served as a supervisor for Patrol, on the Bomb Squad, and for SWAT.

Many of the incidents he was involved in, from search warrants to bombings, are stranger than fiction ever could be. It was from his exploits as a K9 handler, Bomb Squad technician, SWAT breacher, and detective that he crafted Savage Justice, his first novel with several more on the way.

Dustin served on the street with his K9 partner Kota for over four years. Kota’s original name was Justice but his name needed to be changed for training to a shorter one to effectively give him commands during critical incidents. Dustin still serves in his community in the Napa Valley to this day.

To learn more about Dustin, please visit his website.