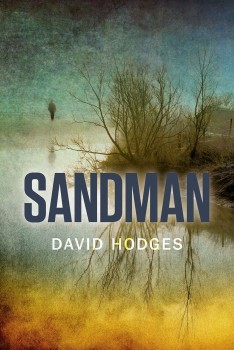 England’s Somerset Levels are a mainly flat, misty region of the county of Somerset, comprising an expansive area of marshes and waterlogged fields, criss-crossed by ditches, or rhynes, as they are called.  As a local, I have got used to the sight of large-scale flooding around me. During the winter of 2013/14, however, the Levels suffered the worst floods in living memory. Vast tracts of countryside were submerged under several feet of water, which also cut off villages and main roads as well as destroying hundreds of homes and businesses.

It was a major catastrophe, but, as a professional writer, it also provided me with the inspiration for the latest novel in my local crime series, featuring feisty police detective sergeant Kate Lewis and her laid-back detective constable partner and husband, Hayden.

“What if?” is the question that is born in the minds of most crime writers when their imagination is stirred by an event that could provide the ingredients for a novel. My latest “what if?” kicked off with the sight of a village marooned by floodwater on the Levels.  Its isolation was so complete it was accessible only by boat. As I lay awake in bed one night, I imagined the partially submerged body of a woman trapped amongst driftwood at the edge of a swollen river and a voice in my head asked, “Accidental drowning or murder?” Obviously, it had to be the latter! Immediately, SANDMAN was born—though at the start, I didn’t have a title; that came once the plot began to take shape.

So, I had the location and I had a body, but nothing else except the first burning question: who was the victim? It was a news broadcast about the flooding that gave me the answer. Seeing a TV reporter in wet weather gear, standing in the pouring rain with acres of flooded fields behind her as she provided an update on the situation, suggested the who.

The second, more difficult question, was why? Motive is always the key feature of any murder, so why had my journalist been killed? What had she done to merit such a violent end? That soon came to me too. What do journalists do? Like police officers, they investigate and they can make themselves unpopular as a result.  My victim would be a journalist sent to report on the floods who is “silenced” after she stumbles upon a much more sinister news story.

From that point on, the story quickly gathered momentum.  My imagination took over completely, racing on faster than my aching fingers could transfer the jumble of dark thoughts spinning round in my head to the keys of my laptop. At times, I came to a juddering stop when mental fatigue left me totally drained and bereft of ideas—a situation I have had to confront with all my novels. But this time, as on all the other occasions, the Somerset Levels, with their wild mystical beauty, were on hand to fire my imagination and restore my creative energy.  And in a strange way, my key characters also provided the additional stimulus to keep going.

I have always considered the characterization in a novel to be as important as the plot itself. If the main characters are wooden and unbelievable, then the novel will come across as flat and lackluster.  As a result, I have devoted a great deal of time and effort to this aspect of my writing. Integral to the storylines of my Somerset Levels crime series has been the modest subplots I have introduced, exploring the lives and idiosyncrasies of the three key characters. The first of these is Kate Lewis, who starts off as an unmarried detective constable, then later gets promoted to sergeant and marries her partner, Hayden. Kate is a dynamic, but very headstrong young woman.  She is often labelled a maverick for her habit of jumping in at the deep end. However, her husband, Hayden—her junior at work—is an ex-public schoolboy, with an excellent analytical brain, but a laidback, rather indolent personality who is obsessed with food.  He constantly bickers with Kate over her impetuous behavior and use of bad language, which he abhors. Then there is the DI Ted Roscoe, a chain-smoking, hard-drinking die-hard and member of the old school of policing.  He dislikes Hayden for his laziness and privileged background and is constantly at war with Kate over her independent unorthodox approach to her job, which is forever landing her in trouble.

The strange thing is, though my characters are all fictitious, I often see them as real people and sometimes tend to forget that they don’t actually exist, except in my own imagination; they have been part of me for so long that it is nigh on impossible to move on from them! Perhaps I am the one who needs psychological help, rather than the psychopathic villains in my stories…

Few things can be as frustrating as crafting a novel, and “stickability” is an essential factor in the construction process. But at the same time, nothing can be more satisfying than typing that wonderful word “ends” on the final page, for it represents ultimate fulfilment, and whether the manuscript ever sees the light of day with a publisher, it remains a permanent tangible achievement that can never be taken away from its creator.

Having said that, publication is nevertheless the icing on the cake. Personally, I have never quite got used to the thrill of seeing the cover of the finished product each time, and I know that, while I have breath in my body, it will be impossible for me to kick the addictive habit that is crime writing. It is not only in my blood, but in my very soul. 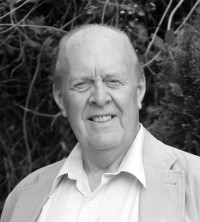 David Hodges served for thirty years in the Thames Valley Police, retiring as a superintendent to take up professional fiction writing. He has produced six published crime novels, the last four as a series with Robert Hale Ltd—Firetrap, Requiem, Strawfoot, and SANDMAN. He has also had published an autobiography on his police career. He currently lives with his wife, Elizabeth, on the edge of the Somerset Levels and, apart from his writing, he has a keen interest in conservation and the wildlife of the area. He is a member of The Society of Authors, The Crime Writers Association, and International Thriller Writers.