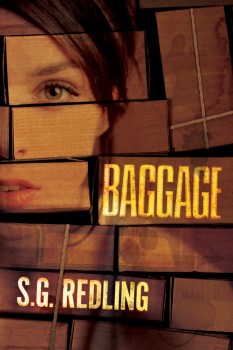 This month we’re joined at The Big Thrill by SG Redling – radio personality, avid traveler and so-so gardener. She’s also a best selling author of conspiracy thrillers and science fiction. Her latest release is BAGGAGE, which was published in February.

Thanks for joining us here at The Big Thrill. Can you tell us a bit about BAGGAGE?

Thanks for having me. I’m really excited about BAGGAGE. It’s a dark psychological thriller about a woman with a lot of secrets in her past that refuse to stay hidden.

Anna Ray, your protagonist, has been through some horrible things in the lead-up to the novel. Tell us about her?

She was a great character to write—funny and intelligent, even while she’s desperately trying to escape her own life. That was a tough balance to keep. She had gone through such horror, but I didn’t want her limping through the story. On the other hand, I think I made it pretty clear that she’s a lousy role model for emotional health.

I think all writers are sadists. And since we have to put ourselves in our characters’ heads, that also makes us masochists. The truth is, the bigger the struggle, the better the story. This book has some particularly difficult experiences for the main character. The thing about writing a well-developed character is that it doesn’t feel like putting them through something as much as it seems you bear witness to some hard history. Like, I dream up this woman, Anna Ray, put her on her feet, and she marches up and says “You won’t  believe the shit that happened to me.” And away we go. That said, I would advise people to be careful what they share with writers—your tragedy can easily become our plot twist.

Many of our readers are interested in the process of writing. How do you approach writing a novel and what does your average day involve?

I’m mindful not to fetishize any aspect of writing. That is, I never say that I must have or do such-and-such to write a book. It’s too easy to become reliant upon rituals and habits and then be derailed when life has other plans. I’m only human, of course. I prefer to do my thinking in a composition book (with a blue Bic pen whenever possible) and I compose at the keyboard. Other than that, I try to learn something new with each book – new ways to approach the structure, varying schedules and goals. Each book comes with its own demands and weaknesses. I try to stay open to see what the story wants to do. The only constants are coffee, chocolate, and silence. I have a hard time writing when I hear human voices.

What’s next for SG Redling? What can your fans look forward to in the next year or two?

I’m just about done with edits on my seventh book, a thriller with the working title At Risk, scheduled for release in September. It’s another dark one. After that, I’m making plans for a different kind of thriller, a weird one more along the lines of Flowertown in that it’s a story that impacts a large group of people rather than just one person. It’s still in that tantalizing, nascent stage where it’s all potential, no heartbreak or frustration. That’s the stage that keeps me hooked.

In a sentence, tell us why you think our readers will love BAGGAGE.

If you’ve ever truly grieved—with all the messy, angry, ugly baggage that comes with loss—you’ll understand how much is at stake in this dark mystery thriller. 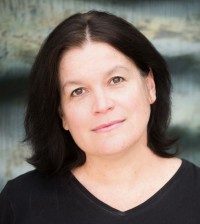 A fifteen-year veteran of morning radio, an avid traveler and a so-so gardener, S.G. Redling currently lives in West Virginia.