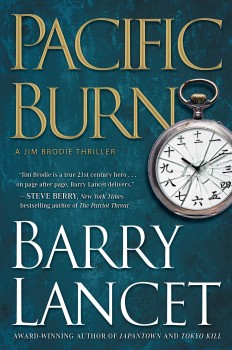 Barry Lancet doesn’t study martial arts or Japanese art, but some of his friends do, so he watches. Carefully.

These keen observations transpose with awe-inspiring fluidity onto the pages of Lancet’s award-winning Jim Brodie thrillers, creating a cultural depth—to say nothing of the action sequences—that have catapulted the series onto “best of” lists and garnered the attention of none other than Star War’s J.J. Abrams.

As a special liaison for the San Francisco mayor’s Pacific Rim Friendship Program, Brodie enlists the help of his friend, a renowned Japanese artist named Ken Nobuki. But the promising start of a partnership takes a nosedive when Nokubi is attacked by a sniper and ends up in a coma. To get to the bottom of who is behind the attack on not only Nokubi but Nokubi’s entire family, Brodie goes up against the CIA, the FBI, Department of Homeland Security—and a killer operating on both sides of the Pacific.

“Every novel has so many different types of scenes,” Lancet says. “And there is a separate art to each type. Even fight scenes. And within the fight scene, there is nuance and many ways to create suspense.”

Lancet achieves this with almost cinematic flair, creating vivid action scenes that are easily visualized, perhaps even meant for the screen, which explains the attention Brodie has received from Hollywood.

“The reason J.J. Abrams’ Bad Robot ears perked up with the Jim Brodie books is because of Brodie’s unique abilities, I was told,” Lancet says. “As a Japan expert, Brodie knows two worlds extremely well. And like other classic detectives such as Sherlock Holmes and even television’s Monk, he sees things others cannot fathom. At the murder scene in Japantown he is able to point out details the SFPD miss, and in the aftermath of the attacks in PACIFIC BURN, only he sees the critical clues.”

As expected, Brodie and Lancet share many interests, including a love of Japan and a genuine need to represent the country with accuracy. Brodie and his creator are both American expats, each diligently finding their place in the mysterious—and almost impenetrable—Japanese culture. 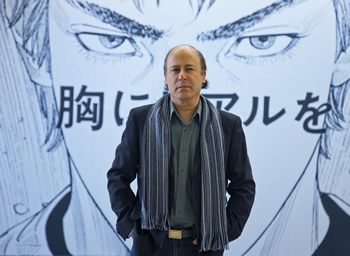 Like Brodie, “I’ve met hundreds of artists and craftspeople and art dealers and others entrenched in the world of Japanese art. I’ve been allowed behind closed doors, beyond which most foreigners and Japanese are excluded,” he says. “Over the years, I’ve absorbed a tremendous amount of information about Japan and Asia. For his part, Brodie knows as much about Japanese art and culture as I do. Where we disagree is which of us speaks better Japanese. The argument is ongoing.”

Of course, knowledge of the language is only one facet of Lancet’s ability to write about Japan with authenticity. Lancet has lived in Tokyo for more than 20 years. PACIFIC BURN is peppered with cultural references only someone who calls the country home could achieve.

“In order to capture the essence or interpret what is actually behind the façade, you have to put in the time,” Lancet says. “Not two weeks, two months, or two years. Much more. There is no other way. Even for the Japanese. And you need the language to talk to people. Very few authors can do that. The author of Memoirs of a Geisha did.”

Lancet’s skillful prose reminds readers of the social conventions and other phenomena for which the country is so well known, teasing behind-the-scenes glimpses of everything from horticulture and anime to the fascinating world in which Brodie is entrenched—Japanese art.

“I find it invigorating to weave true cultural nuggets and other facts into the plot of my mystery-thrillers,” he says. “No lectures! It’s got to be an organic part of a compelling story. I’ve lost count of the people who have told me they loved the fast pace of the books and the fact that they learned something.”

Perhaps where Lancet does take some creative liberties, however, is in the exaggeration of crime in a country not especially known for its violence.

“A strong sense of courtesy and social order helps keep the violent crime rate down,” Lancet says. “I only rarely get threatened or a gun pulled in my face. The first in Japan by a yakuza wanna-be, the second in Istanbul. What goes unseen but is rampant is the amount of white-collar crime behind the scenes. Some of this shows up in the Brodie books. In PACIFIC BURN it is apparent in the actions of the ‘nuclear mafia’—how their influence paved the way to the actual nuclear plant meltdown in Fukushima. ‘Allegedly.’ ”

Exploring the underbelly of the Japanese crime scene could put a “target” on Lancet’s back—if not for the fact that despite a growing  foreign-language market for his novels, they have yet to be translated into Japanese.

Getting “Big in Japan” was never a central focus for Lancet anyway, who began his career there as a book editor for a major Japanese publisher. Lancet was soon drawn in by the country, and flirted with the idea of writing a mystery-thriller with some of the soul of Japan and the unusual things he’d encountered living overseas.

“It takes two things to be an author: an overwhelming desire to write and persistence. For me, there was a third motivating factor—I was laid off,” he says. “The publishing company I worked for in Tokyo was consolidated and shipped off to Manhattan in skeletal form. I’d finished Japantown and just a month before the announced shutdown I found a great agent, Robert Gottlieb of Trident Media Group. I told myself I’d give ‘the writing thing’ a year and see what happens. I’m still doing it.”

Lancet is keen to continue Brodie’s adventures, working on the unnamed fourth book in the series while juggling the ideas that will keep the books fresh. For now, readers will have to savor the third, and arguably best, installment, PACIFIC BURN. 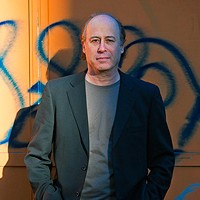 Barry Lancet is the author of the international mystery-thriller series featuring Jim Brodie. Japantown, the first book, won the Barry Award for “Best First Mystery Novel” and was chosen as a “Best Debut of the Year” by Suspense Magazine and mystery critic Oline Cogdill. His second book, Tokyo Kill, was a finalist for a Shamus Award for “Best P.I. Novel of the Year” and was selected as a must-read for Asian leaders by Forbes magazine.

An American expat from California, Lancet has lived in Tokyo for more than 25 years, though he makes frequent trips to the U.S. His access to the inner circles in traditional and other areas of Japan informs his writing. The third entry in the series is Pacific Burn. A movie or TV series based on the books is currently under discussion.

To learn more about Barry, please visit his website.