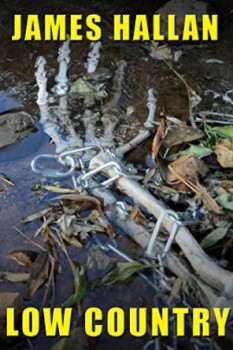 Savanah, Georgia; a predator on the streets, children gone missing, five and six year old boys, pitiful remains recovered from the river weeks or months later, abducted, sexually violated, thrown away to drown when used up. The predator stumbles, a mistake made, a physical connection is found and a suspect becomes the prime defendant in a sensational murder trial. The legal system is human, and uncertain, and fallible, and when the trial goes sideways…Low Country, a serial redneck pedophile killer; a solid and righteous redneck cop frustrated with a legal system he’s sworn to uphold; a former Army MP now a man Friday who hasn’t forgotten the game; a cardiac/thoracic surgeon grinding a very deep, very personal axe tasked with saving the predator’s life; the surgeon’s therapist, a one-time LA gang-banger felon-turned-priest (think Danny Trejo) who knows the truth straight from the predator’s mouth; a former victim of the predator, now grown, a man of God himself, with a warning about the fallacy of the legal system and the slipperiness of the predator, and let’s see, oh yeah, the predator’s blood kin cousin, a psycho 6’5″ up-country hillbilly who likes to beat the snot outta big bad dogs and big bad people; a Desert Storm vet and daddy who most definitely has a reason to off the bad guy and the skill set to do so; local bible-thumping citizens unsettled over the predator in their midst and not bashful about what should be done to the man in a biblical sense; someone who takes his neighbors’ beliefs to heart and puts them into practice for real; and weaving in and out of the mix: three little monkeys jumpinig on the bed who keep showing up at the worst of times with a different slant on things, very different, since they’re dead and all, ya see, and…Low Country. Bible-belt Southern black and white justice, maybe, and well, hell, wait for it.

LOW COUNTRY is available from Amazon.

Highly suggest picking up this read-(from a reader)

The author is previously published by Simon & Schuster under the titles Assumption of Risk and Kill Zone. He is retired and lives in Arizona.

Cause & Effect by Derek Thompson