Delving Deep into the Assassin’s Story 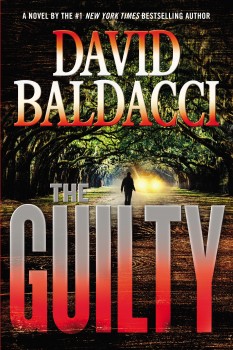 An insatiable appetite for storytelling.

On all accounts, David Baldacci is guilty as charged.

The lawyer-turned-author is known for producing some of the most gripping, page-turning fiction in the genre—a fact he attributes to several factors that include setting, brevity of words, a genuine love of storytelling, and a healthy dose of fear.

“I love starting from a blank slate and getting out of my comfort zone,” he says. “I think writers should be terrified every time they sit down to write. Fear is a great antidote to complacency.”

Indeed, Baldacci’s infectious passion has paved the way for a boisterous publishing career that includes novels for adults and teens. His books have been translated into more than forty-five languages and sold in over eighty countries—a staggering 110 million copies are in print worldwide.

And if that’s not enough, several of Baldacci’s novels have been made into TV and movie adaptations, beginning with his debut Absolute Power, which was directed by —and starred—none other than Clint Eastwood.

“I felt like I had hit the lotto jackpot,” Baldacci says. “I called everyone I knew. Everyone was throwing checks at me. It was very surreal. When it happened, I remember thinking, ‘This is never going to happen like this again. Take it one, slow breath at a time.’ ”

A difficult task for an author that truly waits with breathless anticipation to begin each new story. 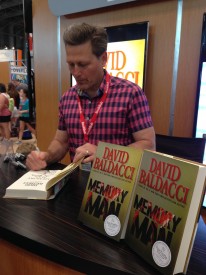 With his latest release, THE GUILTY, Baldacci takes a step away from international intrigue to dig deeper into one of his series character’s psyches. At its core, the novel is about relationships, with an emphasis on family. Admittedly, a more complex story to tell than his traditional thrillers.

“Family is incredibly important,” Baldacci says. “When something is wrong with your family, it eats away at you.”

For protagonist Will Robie, an unresolved issue with his father means he can’t do his job—a tricky predicament for the government’s top assassin. His quest to “find himself” leads him home, to Mississippi, where Baldacci immerses the reader in a Southern atmosphere rich with feeling—not only for the character, but for the author himself.

“It was almost like stepping back in my youth,” he says. “I think any time you take a character back to a significant part of their life, you almost step back in time yourself.”

As the fourth book in the Will Robie series, THE GUILTY was the right one to delve into the assassin’s backstory. An opportunity to peel away another layer of the onion and show readers why they should care about this character—a person who, for many reasons, could be unlikeable.

“It’s important not to leave out the humanity,” he says. “Characters tie the reader to the story. The rest is just window dressing.” 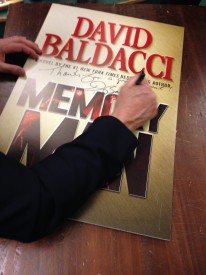 That doesn’t mean Baldacci sacrificed pacing to get at this more personal, character-driven story. Readers can expect the same high-intensity writing that has propelled them through each of his thrillers.

“Less is always best,” he says. “If you can say something in ten words versus three pages, you’ll remember it.”

An important tip, but not the only one he dishes out for newbie scribes entering the unforgiving world of publishing. Baldacci firmly believes that beyond talent, it takes commitment, practice, and true desire to make it as an author in today’s highly competitive market.

While Baldacci always knew he wanted to write, he also knew he wasn’t cut out to be a starving writer, and in fact, didn’t abandon his law practice until a year after Absolute Power was published.

“If your book doesn’t do well, it’s difficult to get another publishing contract,” he says. “You still bust your ass, but you have no control over the book’s success. It can be stressful.”

Which is why it all goes back to passion for storytelling.

“I’ve been asked whether I would ever collaborate or hire someone to write my books for me, and you may as well tell me to retire,” he says. “That would take the fun out of it. The day I start dialing it in, is the day I should just fade into the sunset. People want to know what drives me, who I write for. The answer is simple—I write for myself.” 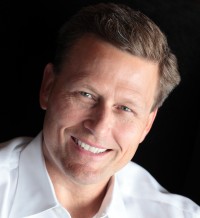 David Baldacci published his first novel, Absolute Power, in 1996. A major motion picture adaptation followed, with Clint Eastwood as its director and star. In total, David has published 30 novels for adults; all have been national and international bestsellers, and several have been adapted for film and television. His novels have been translated into more than 45 languages and sold in more than 80 countries; over 110 million copies are in print worldwide. David has also published five novels for younger readers, including the #1 bestseller The Finisher, which is in development for feature film, and its #1 bestselling sequel, The Keeper.

While David is involved with several philanthropic organizations, his greatest efforts are dedicated to his family’s Wish You Well Foundation®. Established by David and his wife, Michelle, the Wish You Well Foundation supports family and adult literacy in the United States by fostering and promoting the development and expansion of literacy and educational programs. In 2008 the Foundation partnered with Feeding America to launch Feeding Body & Mind, a program to address the connection between literacy, poverty and hunger. Through Feeding Body & Mind, more than 1 million new and gently used books have been collected and distributed through food banks to families in need.

David and his family live in Virginia.