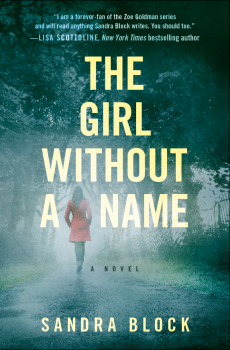 This is probably the most common question readers ask about the psychiatrist-protagonist of the Zoe Goldman series.

The honest answer: I didn’t give Zoe anything. That’s just how she came to me. Maybe this sounds glib, but it’s true. Once I heard her voice (and believe me, it was rather loud at times), it was obvious that Zoe had “issues.” Her thoughts kept zigzagging, her moods cycled up and down, and she made these impulsive decisions that weren’t helping anyone, including herself. I’m a neurologist, so it didn’t take long to make the diagnosis.

In a fortuitous way, her ADHD is literary gold. Zoe’s thoughts may be scattered, but also self-deprecatingly funny. Her voice shifts based on her meds and her moods, and her perspective is certainly unique. Does this make her—get ready for the dreaded word—”likable”? I don’t know. That’s a loaded word for any female protagonist. One reviewer said, “Sometimes I want to put my arm around Zoe, and other times I want to smack her.” I get that. I want to smack her myself sometimes.

But who wants a genius as a protagonist, always armed with the right zinger, who can suss out a villain a mile away? Not me. I like my main characters flawed, and Zoe Goldman is certainly that. Still, our flaws can be our strengths too. Her thought process, though helter-skelter at times, allows her to make connections that others miss. Her decisions are impetuous and even self-destructive. But they also yield unexpected results.

Ultimately, her ADHD is neither her saving grace nor her handicap; it is just part of who she is. My subconscious was simply responding to the milieu, or as they say, “something in the water.” Neurocognitive disorders such as autism and ADHD are on the rise, and Zoe Goldman is just one of many out there. Not only do we as a society need to get used to it, we need to recognize the positives of these disorders and drop our dependence on biased “normative” standards. Who is normal, after all? As a patient in Little Black Lies said (in a line which I stole from a real-life patient), “Normal is just a setting on the washing machine.”

I do think the perspective on cognitive differences is shifting, slowly but surely. While at a recent mystery conference (Murder as You Like It, in Mechanicsburg, Pennsylvania), I was amazed at how many people wanted to talk to me about mental illness. Maybe it’s because of Zoe’s job as a psychiatrist and mine as a neurologist, but folks opened up. I heard about husbands with schizophrenia, uncles with depression, and personal tales of ADHD.

It was wonderful, and unexpected.

The mental health stigma is real. People don’t often feel comfortable confiding in strangers. But Zoe Goldman does this with her readers. She sees her own psychiatrist, describes her medications, and discusses her diagnosis freely. Perhaps this is why people felt comfortable sharing with me. Because Zoe has shared with them.

Why does Zoe have ADHD? Maybe this is why: to demystify this disorder and mental illness as a whole. If I had any conscious role in the decision, that would be it. Because, in the end, what does “crazy” even mean? As Zoe says, “We are all a little crazy.”

And we shouldn’t feel ashamed of that. We should accept it, and maybe even celebrate it. 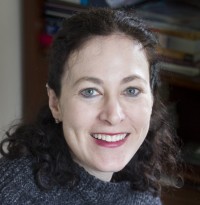 Sandra Block graduated from college at Harvard, then returned to her native land of Buffalo, New York, for medical training and never left. She is a practicing neurologist and proud Sabres fan and lives at home with her husband, two children, and their impetuous yellow lab, Delilah. She has been published in both medical and poetry journals. Her first novel, LITTLE BLACK LIES was published by Grand Central Publishing in 2015.