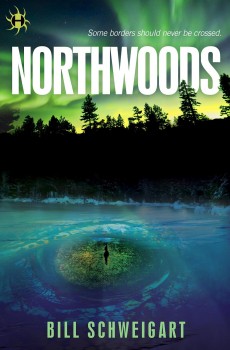 Ex–Delta Force Davis Holland, now an agent for Customs and Border Protection, has seen it all. But nothing in his experience has prepared him for what he and the local sheriff find one freezing night in the Minnesota woods.

Investigating reports of an illegal border crossing, the two men stumble across a blood-drenched scene of mass murder, barely escaping with their lives . . . and a single clue to the mayhem: a small wooden chest placed at the heart of the massacre. Something deadly has entered Holland’s territory, crossing the border from nightmare into reality.

When news of the atrocity reaches wealthy cryptozoologist Richard Severance, he sends a three-person team north to investigate. Not long ago, the members of that team—Ben McKelvie, Lindsay Clark, and Alex Standingcloud—were nearly killed by a vengeful shapeshifter. Now they are walking wounded, haunted by gruesome memories that make normal life impossible. But there is nothing normal about the horror that awaits in the Northwoods.

From Penguin Random House: “Some borders should never be crossed. From the author of The Beast of Barcroft comes a waking nightmare of a horror novel that’s sure to thrill readers of Stephen King and Bentley Little.”

Bill Schweigart revived a bit of forgotten lore from the shadow of Washington DC in his last novel, THE BEAST OF BARCROFT, which found a devilish creature stalking the residents of Arlington, Virginia. Its sequel, NORTHWOODS, will be available February 16, 2016. Bill is a former Coast Guard officer who drew from his experiences at sea to write the taut nautical thriller, SLIPPING THE CABLE. He currently residents in Arlington, VA with his wife and daughter, who along with their monstrous Newfoundland and mischievous kitten, provide him with all the adventure he can handle.

November 9 - 15: "How to accurately write dialogue, settings or historical events."

The Diary of Lt.Col. John Withers: The Civil War in His Own Hand. by Michael Rothmiller