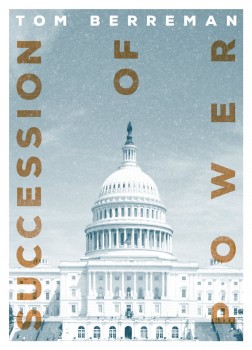 A powerful right wing ideologue is delegated unfettered control over the Odysseus Project, a loosely formed group of high powered business executives, lawyers and politicians from throughout the United States. Members of the Project share a common goal to refocus the direction the country is taking to one more consistent with that envisioned by the founding fathers, not that chosen by the liberal, left wing idealists who have taken control of the government.

Project members’ individual efforts to buy the last election through elicit, often marginally legal, campaign contributions had failed, so they organized to collectively finance clandestine activities to set their agenda in motion, their efforts clouded in the deepest of secrecy. And what they couldn’t do with individual, illegal campaign contributions they will do with a sophisticated, yet diabolical, plan to push Washington’s political and judicial leadership to the far right for the foreseeable future. And their anonymity will shield them from whatever collateral damage may occur.

Successful implementation of the leader’s ruthless plan to achieve his legacy will result in the death of countless innocent civilians. But when an undocumented hotel maid witnesses the murder of a United States Senator in furtherance of this dastardly goal Jason Burke, her pro bono attorney and a partner in a prestigious Washington D.C. law firm, becomes an unacceptable obstacle that must be eliminated. After multiple attempts on his life Burke concludes his only option is to fight back and stop the man’s pursuit. And, in so doing, he is drawn out of his comfort zone as a trial attorney in the courtroom to that of a clandestine operative who at times must kill or be killed. Failure will be fatal for him and many others, and result in a dramatic shift in the global geopolitical landscape for decades to come.

Failure is not an option.

SUCCESSION OF POWER is available from Amazon and Smashwords.

Tom Berreman has been a life-long resident of the twin cities of Minneapolis and Saint Paul, Minnesota. He attended the University of Minnesota and, after a grueling seven year period that included two winters living in his van ski bumming in the Rockies and a season as a lift operator at Vail, Colorado, earned a BSB in Accounting. Following graduation he joined the audit staff of an international public accounting firm and was awarded his Certified Public Accountant certificate. He also earned an MBA in Finance from the Carlson School of Management at the University of Minnesota. After seven years in accounting and finance he entered law school in a part-time, evening program while continuing his professional career, earning his JD, magna cum laude, from William Mitchell College of Law in Saint Paul. After a thirty three year career in business, finance and law he has switched his focus to writing, and Succession of Power is his first eBook.