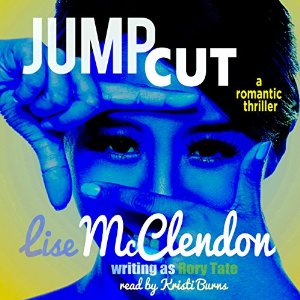 Seattle reporter Mimi Raynard is having a bad week. Her ex-husband is now her boss at the TV station and wants her head on a platter. When three prostitutes die of a suspicious heroin overdose Mimi gets the story, but in her nervous enthusiasm, manages to bungle it. The narcotics detective on the case tries to help, but both are outfoxed by the buxom intern.

Desperate for a new job, Mimi takes a friend’s advice and dresses up as a Russian Mafia madam for a resume tape she has no intention of sending out. But the lark turns serious and the fallout is deadly.

At the Seattle Police Department, the narcotics detective, Shad Mulgrew, has his own career crisis. He’s been framed for stealing drugs from evidence. Are the murdered prostitutes linked to his case? Is he getting too close to the truth? And what is Mimi’s father doing working for Eastern Europe’s last Communists?

Working together to save their careers, Mimi and Shad look for the truth, from the fishing docks of Puget Sound to the tiny Republic of Moldova.

At turns funny, sexy, and thrilling with an edgy modern voice, Jump Cut depicts Seattle from the inside, from the joys of Seattle single life to its dark underbelly, from the lush islands to the top of the Space Needle, as the cop and the reporter try to salvage their reputations. They end up saving much more in a wild race to rescue the city they love.

JUMP CUT is available from Amazon and Audible.

“A rollicking good read. Jump Cut is in turns funny and gritty, cozy and hardboiled, romantic and illusion-shattering.”

“An engaging heroine every woman can identify with: good-natured, smart, harried, all too aware she’s growing older. She just wants to catch a break. I loved her almost as much as I loved Rory Tate’s breezy, fast-paced writing style!” — Katy Munger, award-winning author of the Casey Jones mysteries

“Great book, hopefully the beginning of a new series, characters are worth visiting again and again. Highly recommended.”

Rory Tate is a pseudonym for a bestselling mystery author. As a fake author Rory attended an Ivy League college where he majored in slacking, worked in journalism behind the Iron Curtain, and never wears a ratty bathrobe while writing.

Lise McClendon studied broadcast journalism at a major land-grant institution and has been known to wear bunny slippers. She is the author of eleven crime novels, including Blackbird Fly, The Girl in the Empty Dress, PLAN X, The Bluejay Shaman, and One O’clock Jump. She teaches and critiques at the Jackson Hole Writers Conference and lives in Montana where she hikes, skis, and stalks the wily trout.