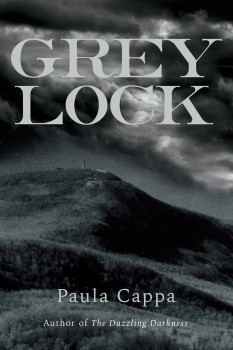 Four murders in Boston, an intoxicating romance, beautiful betrayals and lies, and the flickering phantasmagoria.

Inside the supernatural realm beats sinister music. Just ask violinists Paganini or Tartini about their deals with the devil for their virtuosity. Pianist Alexei Georg harbors a dark secret—he finds an old Russian sonata in a 19th-century sea chest. When Alexei plays this handsome music, a creature of darkness appears in the audience, in the aisle, and on the stage with him. This is no ghost. This faceless menacing presence follows Alexei from Boston’s music society to the White Sea in Russia, where Alexei seeks the songs of the beluga whales for a symphony. There, a Siberian shaman “sees” the trilling black entity clinging to Alexei’s soul. Hunted and desperate, Alexei goes to live on the summit of Mount Greylock, fleeing the suspicion of the Boston murders. But he cannot flee the unstoppable sonata he has delivered into this world. Alexei must find a way to halt the dark force within the music, or become prisoner to its phantasmagoric power in an ever-expanding abyss.

Seductive, haunting, devilish, Greylock is by the author of the award-winning The Dazzling Darkness, an Amazon Kindle best-selling ghost story.

GREYLOCK is available from Amazon, Barnes & Noble and Smashwords.

“Greylock is a smart, entertaining supernatural thriller. Think Stephen King meets Raymond Chandler with a score by Tchaikovsky. The author’s passion for both the arts and the natural world shines through on every page. Briskly paced and yet lovingly detailed, this novel was a genuine pleasure to read.” —David Corbett, award-winning author of The Mercy of the Night.

“Echoing notes of Phantom of the Opera, mixed with Raymond Chandler’s Marlowe, and Peter Straub’s Ghost Story, Greylock is a thrilling musical tragedy steeped in lore, mythology, and the madness of composition, leading to a crescendo of epic proportions. Paula Cappa is a gifted author, and this book will have you swooning in the aisles.” —Richard Thomas, author of Disintegration.

“Paula Cappa’s prose is highly engaging, and her words are elegant, rich and purposeful. Her work always feels perfectly balanced and constructed. She is simply one of the best in the horror fiction business.” —Terry M. West, author of The Night Is Long and Cold and Deep.

“Rarely have I come across such an original and well-written story. A unique, expertly-written mix of genres that makes for a haunting book.” —Nicholas Rossis, award-winning author of Pearseus.