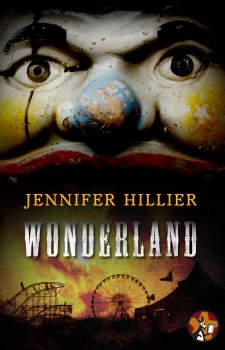 Fans of Chelsea Cain and Lisa Gardner will devour this edgy thriller about the gruesome secrets hidden beneath a small-town amusement park. From the author of Creep, Freak, and The Butcher, Jennifer Hillier’s “fine knack for creating hideous killers” (Booklist) is vividly on display.

Welcome to Wonderland. By day, it’s a magical place boasting a certain retro charm. Excited children, hands sticky with cotton candy, run frenetically from the Giant Octopus ride to the Spinning Sombrero, while the tinkling carnival music of the giant Wonder Wheel—the oldest Ferris wheel in the Pacific Northwest—fills the air. But before daybreak, an eerie feeling descends. Maybe it’s the Clown Museum, home to creepy wax replicas of movie stars and a massive collection of antique porcelain dolls. Or maybe it’s the terrifyingly real House of Horrors. Or…maybe it’s the dead, decaying body left in the midway for all the Wonder Workers to see.

Vanessa Castro’s first day as deputy police chief of Seaside, Washington, is off to a bang. The unidentifiable homeless man rotting inside the tiny town’s main tourist attraction is strange enough, but now a teenage employee—whose defiant picture at the top of the Wonder Wheel went viral that same morning—is missing. As the clues in those seemingly disparate crimes lead her down a mysterious shared path of missing persons that goes back decades, she suspects the seedy rumors surrounding the amusement park’s dark history might just be true. She moved to Seaside to escape her own scandalous past, but has she brought her family to the center of an insidious killer’s twisted game? Acclaimed author Jennifer Hillier’s bone-chilling thriller is masterful and fast-paced, hurtling toward a shocking, bloody conclusion.

“Top of the line thriller writing…You better call in sick, because you’re not going anywhere until you finish reading it. Oh, and you might want to lock the door, too. Just to be safe.” 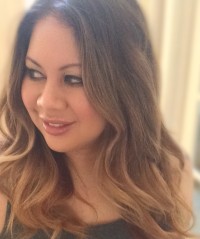 Jennifer Hillier writes about dark, twisted people who do dark, twisted things. Born and raised in Toronto and a proud Canadian, she currently lives in the Seattle area, which is where all her books are set. She loves her son, her husband, her cat Kobe, the Seahawks, and Stephen King. Not equally, but close. She’s the author of the thrillers CREEP (2011), FREAK (2012), and THE BUTCHER (2014), all published by Gallery Books. WONDERLAND is coming October 5, 2015. Her agent is Victoria Skurnick of Levine Greenberg Rostan.

She blogs about writing, publishing, and life in general at www.SerialKillerFiles.com. To learn more about Jennifer, check out her official website.