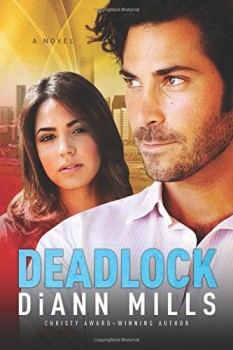 I have a soft spot for Houston. Why? Well, the first time I set foot in the United States, it was that city. Its airport was the biggest I’d seen; the people were friendly. One of the security guards even offered to take a picture of my wife and me!

Houston is also the locale for DiAnn Mills’ novels, and that is just one of the reasons I’m attracted to her suspense fiction. Award winner Mills is back with third book of her FBI series hitting stores in October.

What’s the story of DEADLOCK?

Two murders have rocked the city of Houston. Are they the work of a serial killer, or is a copycat trying to get away with murder? That is the question facing Special Agent Bethany Sanchez, who is eager for her new assignment in violent crimes but anxious about meeting her new partner. Special Agent Thatcher Graves once arrested her brother, and he has a reputation for being a maverick. Plus, their investigative styles couldn’t be more opposite: he operates on instinct, while she goes by the book.

How did the story come about?

Stories are birthed in the most unusual ways. What could be the worst scenario for a young woman stepping into the violent crime division of the FBI? She’s a by-the-book rules girl and perfectionist. But she’s facing a new partner whose testimony sent her brother to jail. That could cause a few problems. Then I considered the hero, the special agent who has a reputation as an out-of-the-box problem solver and a womanizer. But he’s trying to shake the latter image – without much luck. Perfectionist meets organic thinker and their first case is a series of murders with no connections.

What can you tell us about Bethany Sanchez?

According to her family, Bethany is a rebel and opposes their traditional family values. According to the FBI, she’s an outstanding agent and is known for her dogged persistence in working a crime. According to her best friend, she’s a sweet perfectionist who wants to save the world from crime. Bethany is determined to protect and stop violent crime. Formerly she worked in the civil rights division, but she longed to do more. As a child, her best friend was killed in a drive-by shooting. Bethany never forgot it. On the quirky side, she has an African gray parrot by the name of Jasper. He has quite an extensive vocabulary.

What can you share with us about the antagonist? Without giving away the plot, of course.

A true villain is charming, manipulative, and brilliant. Motivation is carefully concealed, and every action is about the villain’s agenda. Look for the villain’s activity . . .

What kind of research did you have to do for DEADLOCK?

The easiest way to answer this question is to examine the plot issues. First of all, FBI protocol – Houston’s FBI is amazing. My questions go through the media coordinator, who directs them to the appropriate division and special agent. The second one was Alzheimer’s disease: research on the various medications, levels of progression, care facilities, and talking to family members who have or are experiencing Alzheimer’s in their families. I have a friend who’s not only a retired physician but an excellent writer: Dr. Richard Mabry.  And of course, mental issues: What are the various causes and treatment?

The research for the African Gray Parrot was so fun. I did lots of Internet surfing and viewed videos and TV documentaries on this fascinating bird. I also studied Hispanic culture in Houston. This is home for me, and I have friends who love to talk about how their culture differs from others. And last but not least,  the homeless care facilities and women’s shelters. I have friends who helped me.

Is the book related in any way to Double Cross and Firewall?

DEADLOCK is the third book in the FBI: Houston series. Special Agent Grayson Hall (Firewall), Special Agent Laurel Evertson (Double Cross), and Special Agent Thatcher Graves (Deadlock) attended Quantico together. The three are close friends and appear throughout the series, but each book is a standalone. These are stories of danger, romance, and a search for purpose and faith that rise from the unpredictable world of today.

You wrote and tossed away a handful of books before you deemed a story worth sharing. Have you ever tried to revive them or, at least, incorporate some of their plot points into the new books?

I attempted to resurrect a plot in one book. It was the hardest thing I ever did because my skills have changed so much over the years. In short, never again. Those were practice stories in which I learned the craft.

Tell us about your next project.

The new series is called Operation: Houston. The three books involve Houston FBI agents working with other agencies to keep the city safe. The first book is Caught in the Crosshairs. Veterinarian Stacy Broussard faces the challenge of her life when she stumbles upon a dead body and rescues a dog at the crime scene. FBI Special Agent Alex LaBlanc investigates the murder and learns there is more behind the murder than he ever imagined.

What’s your take on the scale of character versus plot?

While I believe every story is about character, I also believe that research is crucial to any book. It’s important for me to walk the same path as my character, ask questions, and interview those who have the same problems and careers. I encourage writers to keep a journal of their findings and document the source of the information. Look for a professional who shares the same career or lifestyle as your hero or heroine and ask them to read your story. Everyone enjoys talking about what they do, and those we interview also want to ensure their specialty is realistically portrayed in our stories. 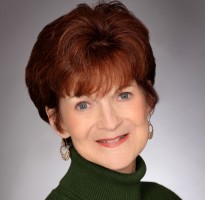 Her titles have appeared on the CBA and ECPA bestseller lists; won two Christy Awards; and been finalists for the RITA, Daphne Du Maurier, Inspirational Readers’ Choice, and Carol Award contests. Library Journal presented her with a Best Books 2014: Genre Fiction award in the Christian Fiction category for Firewall.

DiAnn is a founding board member of the American Christian Fiction Writers; the 2015 president of the Romance Writers of America’s Faith, Hope, & Love chapter; a member of Advanced Writers and Speakers Association, and International Thriller Writers. She speaks to various groups and teaches writing workshops around the country. She and her husband live in Houston.