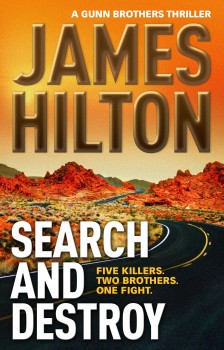 Brothers Danny and Clay Gunn were brought up an ocean apart, but blood will out. Both served in the military, and both know how to kill, taking work as private military contractors and freelance fixers. But when they save a female journalist in the Nevada desert, it is they who become the targets, pursued by clandestine paramilitary forces …

To stay alive they must turn the tables, stop running, and become hunters once again. 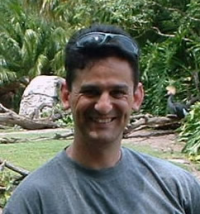 James Hilton is the author of several Kindle-release titles and short stories. He is a Fourth Dan Blackbelt in Shotokan Karate, as has worked as a martial arts instructor, which has been invaluable in crafting his fight scenes. He is currently planning a YA series. He lives in Carlisle. His brother is bestselling thriller author Matt Hilton.