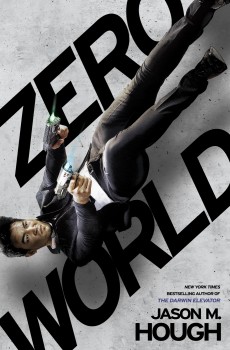 Published in rapid succession, Jason M. Hough’s first three novels, The Darwin Elevator, The Exodus Towers, and The Plague Forge, earned mountains of praise and comparisons to such authors as James S. A. Corey and John Scalzi. Now Hough returns with a riveting near-future spy thriller that combines the adrenaline of a high-octane James Bond adventure with mind-blowing sci-fi speculations worthy of Christopher Nolan’s Inception.

Technologically enhanced superspy Peter Caswell has been dispatched on a top-secret assignment unlike any he’s ever faced. A spaceship that vanished years ago has been found, along with the bodies of its murdered crew—save one. Peter’s mission is to find the missing crew member, who fled through what appears to be a tear in the fabric of space. Beyond this mysterious doorway lies an even more confounding reality: a world that seems to be Earth’s twin.

Peter discovers that this mirrored world is indeed different from his home, and far more dangerous. Cut off from all support, and with only days to complete his operation, Peter must track his quarry alone on an alien world. But he’s unprepared for what awaits on the planet’s surface, where his skills will be put to the ultimate test—and everything he knows about the universe will be challenged in ways he never could have imagined.

“I just finished ZERO WORLD and there’s just one thing I need to know: how long do I have to wait for the sequel?” ~Raymond Benson, bestselling James Bond novelist and author of the Black Stiletto Series

“[A] science fiction [novel that] smashes The Bourne Identity together with The End of Eternity to create a thrilling action rampage that confirms [Jason] Hough as an important new voice in genre fiction.” ~Publishers Weekly (starred review)

“One hell of an entertaining read. Hough continues to deliver white-knuckle books anchored by unusual and fascinating characters. Zero World is a giant cup of pure badassery that secures his place among the finest sci-fi action writers today.” ~Kevin Hearne, New York Times bestselling author of the Iron Druid Chronicles 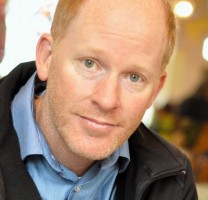 Jason M. Hough (pronounced ‘Huff’) is the New York Times bestselling author of The Darwin Elevator, The Exodus Towers, and The Plague Forge. His next novel, Zero World, is coming in September 2015. In a former life he was a 3-D artist, animator, and game designer. Jason lives near Seattle, Washington with his wife and two young sons.

To learn more about Jason, please visit his website.