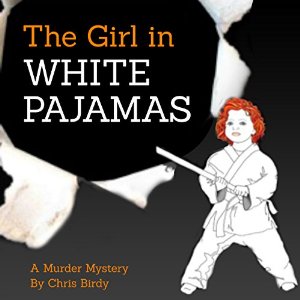 Bogie McGruder returns to Boston after his brother, a cop, is gunned down on the street. Since the Boston police are investigating the death of one of their own, Bogie believes his trip will be a short condolence visit and a chance to meet his secret love child.

Although Bogie wants to contact his ex-lover, Bailey Hampfield, he’s reluctant to do so since Bailey dumped him four years earlier. Knowing that Bailey had his child after she cut him loose, Bogie thinks it’s time to establish a relationship with the three year old daughter he’s never met. While he considers his options, Bailey gets in touch with him and asks for protection. Someone is trying to kill her.

Bogie doesn’t want to get involved in the BPD investigation into his brother’s death, but he continues to be drawn into it while trying to discover who is attempting to kill Bailey Hampfield. The investigations seem to parallel each other, then intersect and become intertwined. As the story develops, Isabella, a precocious child obsessed with martial arts, slowly becomes the focus.

The underlying theme of this fast-paced mystery is lies. Everyone seems to be running on lies and half-truths. The only true character is The Girl in White Pajamas.

THE GIRL IN WHITE PAJAMAS is available from Amazon and Audible.

This award-winning mystery follows the dysfunctional McGruder family while taking a hard look at Boston’s legal community. The Girl in White Pajamas is definitely not for children.

For almost twenty-five years, I did investigative work for small law firms conducting business in rough housing projects and crack house neighborhoods. I met with clients in every jail in the area even the now defunct Charles Street Jail and Deer Island House of Corrections. On good days, I got to take the .25 caliber handgun out of my pocket and the 9mm out of my purse and go to court. Then the real show began!

Several years ago, while sitting in a courtroom with a client, I watched as a police officer was lambasted by an attorney. The attorney was defending a young woman who crashed her car into two other vehicles before she passed out drunk behind the wheel. The occupants of the other cars were seriously hurt and the cop, a former EMT, tried to assist the injured while waiting for ambulances to arrive. The attorney questioned the cop’s every move, shredded his testimony and made him seem inept.

Embarrassed, the cop returned to his seat beside me and muttered, “Everybody lies. The judges lie, the lawyers lie, the witnesses lie..” I wanted to tell him not to worry that in about five years he’d be just as good a liar as they were.

The seeds for The Girl in White Pajamas (the first book in the series) were planted in that courtroom.