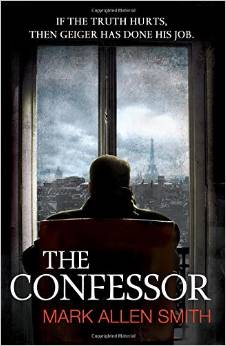 Everyone is looking for Geiger . . .

Cold, emotionless and with an innate ability to recognize lies, Geiger was the best of the best in the field of Information Retrieval. Until he was asked to break his only rule and do the unthinkable – to torture a child. Something broke in Geiger’s neatly controlled mind, opening up a flood of terrible memories long kept at bay. And now Geiger is missing, presumed dead.

But, with no body ever found, there are a number of people invested in finding out the truth. One of those people is Harry Boddicker, Geiger’s old handler and friend. Another is his bitter rival, Dalton, who is determined to find Geiger and extract a final confession from him, before carrying out his deadly revenge.

But no one has reckoned on Zanni Soames – a woman more dangerous than any of them could imagine, and hell-bent on winning the race to find Geiger first.

The new novel from Mark Allen Smith is a masterfully written thriller that will send you spinning from New York to Paris and back again, and into the darkest depths of the man known only as Geiger.

Praise for The Confessor:

“Torture expert Geiger must confront his past to protect the only people he cares about in Smith’s riveting sequel to 2012’s The Inquisitor, the author’s impressive debut…Geiger has to make some terrible sacrifices before this brilliant, sometimes brutal, thriller reaches a stunning climax.” ~Publisher’s Weekly (starred review)

“In Geiger, the Information Retrieval expert (translation: torturer for hire), Smith has created an enthralling anti-hero in the grand tradition of Ripley and Lecter.” ~The Telegraph (U.K.), Jake Kerridge 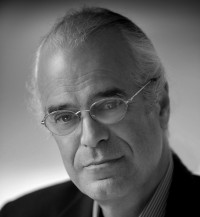 Mark Allen Smith was a television and documentary film producer, and screenwriter for over 30 years. THE CONFESSOR is the sequel to his controversial debut novel, THE INQUISITOR. Smith lives in New York City’s Harlem with his wife, Cathy, and a blended family of six children. He would play and compose music all of his waking hours, but needs to continue making a living.