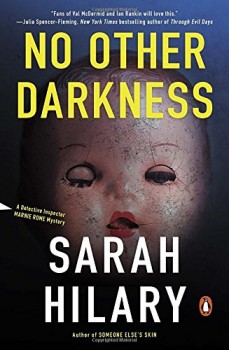 Sarah Hilary is writing a detective series set in London and her second book, NO OTHER DARKNESS, is published in August by Penguin. Alex Marwood writes standalone crime novels and her latest, THE KILLER NEXT DOOR, is out now.

SH: I wanted to start by talking about the difference between writing a series and writing standalone novels. Your first two books, The Wicked Girls, and THE KILLER NEXT DOOR are standalones. I tend to think I’ve got the easier gig—writing a series—as I know my central cast of characters, which gives me a starting point, although each book does have its own distinct mystery to be solved. Do you start with the mystery, or the characters?

AM: Yes, it’s swings and roundabouts, I think. Personally I have huge admiration for people who can pull series off. Just the thought of persuading my butterfly mind to keep it all together for years on end gives me hives. For me, it’s a bit of both: I’ll get an idea for a situation that will cause massive fallout, and then start exploring what sort of people might cause that situation, who the innocents caught up in it might be and how they would respond.

One of the things I love about your Marnie Rome books is the fact that you carry your main characters’ personal issues over from book to book with such subtlety. Marnie, who’s been scarred by a piece of family history so horrific it would destroy most people, spends so little time overtly thinking about her parents’ murder, but it clearly influences her every decision and makes her a better copper—or at least a more dedicated one. I loved how little interaction she has with murderous foster-brother in NO OTHER DARKNESS, and yet he looms over the whole thing like a vampire. Are we going to see more of him? Find out what warped him so terribly?

SH: I think so. Stephen is Marnie’s foster brother, and I absolutely love writing the scenes with him and Marnie. I think book four is going to be all about Stephen and Marnie…

Your characters are always so surprising. In The Wicked Girls there’s a strong sense that the crime itself is a tragedy that befalls the “criminals” rather than a deviant act on their part. THE KILLER NEXT DOOR was one of my favourite books of 2014, and I just loved Vesta and Cher. I know you’re writing standalones, but is there a chance we might see some of your best characters return in a future book?

AM: Thank you so much! And haha! Funny you should ask, as Vesta and Cher are the only characters I’ve ever really wanted to explore more. Usually I’ve tortured my main characters so much by the end of a book that I feel that it’s only kind to leave them be—but I felt that for Vesta and Cher, though they are seventy and fifteen at the end of THE KILLER NEXT DOOR, the resolution was a whole beginning of life for both of them. I’ve thought of a way to bring them back and all I have to do now is persuade my editor…

I think that one of the things we have in common as writers is how aware we are that violent crime can be a tragedy for its perpetrators as well as for its victims. That came through very clearly in NO OTHER DARKNESS. Your “baddies” are terribly damaged, terribly vulnerable, but there are few moments where their intentions are bad. And that’s a deliciously realistic aspect that really makes your books stand out. What are your aims, in writing crime? It seems to me you’re easily as interested in exploring human fallibility as you are in solving a puzzle…

SH: Oh, I’m far more interested in exploring the chaos than I am in the restoration of order, or even the serving of justice. Order is rarely restored in real life and justice doesn’t often get served, so if these things are neatly delivered in a novel then I stop believing in the story. I like a novel that makes me ask questions. The Wicked Girls did a terrific job of this—peeling away the comfortable layers between what we think of as crime and what it’s really like for those on both sides of the law. It exposed our social vanities, and our delusions about monsters and heroes. I loved that.

The Wicked Girls was shortlisted for an ITW award and it won an Edgar, and THE KILLER NEXT DOOR has been nominated for two big US awards (Silver Falchion and Anthony). You’re going great guns in the US—congratulations, and kudos to US readers for being smart enough to know a winner when they read her!

AM: Only long-listed for the Silver Falchion at the moment—as are you, aren’t you? Yes, I’m stunned by how lovely America has been to me, and particularly by the extraordinary generosity I’ve encountered in the crime community over here. Having come to crime via different genres, I can also attest that the crime scene just rocks in comparison with some other parts of the literary world. Every crime event I’ve been to has been full of people who are warm and friendly and entertaining—it makes the whole experience of being an introvert who has to get out there and be on show, as we all do, so much less daunting.

SH: I agree 100 percent about the warmth and generosity of the crime community—it’s always a pleasure to see the US crowd at CrimeFest in Bristol (they often ask the best questions, too). Hopefully we’ll meet up there next year! 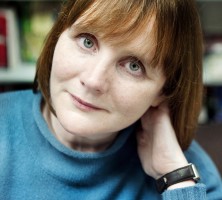 Sarah Hilary has worked as a bookseller, and with the Royal Navy. Her debut novel, SOMEONE ELSE’S SKIN, has been nominated for the Theakstons Crime Novel of the Year. It was the Observer’s Book of the Month (“superbly disturbing”), a Richard & Judy Book Club bestseller, and has been published worldwide. NO OTHER DARKNESS, the second in the series, is published in 2015. The Marnie Rome series is being developed for television.