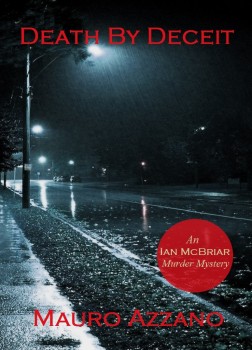 A fire in a warehouse brings Detective Inspector Ian McBriar to investigate. Inside, the body of the warehouse manager, burned in the fire, is found to have been killed before the fire was set.

The dead man had something of great importance; but was he killed because he was part of a conspiracy, or because he had discovered the conspiracy?

The third book in the Ian McBriar Murder Mystery series takes readers back to Toronto in the 1970’s, this time starting with a death that should not have happened, and a trail of bodies going back a decade.

“Another great book in the series!”

“Is Azzano on to a new form in crime fiction?” 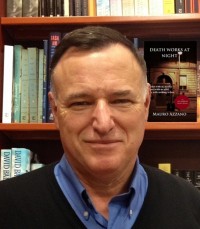 Mauro Azzano was born in Italy, north of Venice. He grew up in Italy, Australia and finally Canada, settling on the west coast outside Vancouver, Canada. He has a broad experience to call on as a writer, having worked as a college instructor, commercial pilot and a number of other unusual occupations. Currently, he is working on the Ian McBriar Murder Mystery series and training as a distance runner.

To learn more about Mauro, please visit his website.