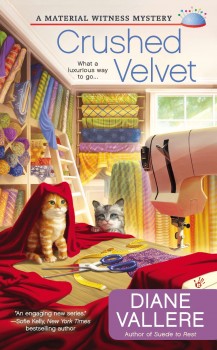 Last September, news of a drug laundering operation in the Los Angeles fashion and textile district hit the airwaves. Officially called Operation Fashion Police by the FBI, the raid resulted in a haul of multi-millions of dollars cash, all in hundred dollar bills. The money was profit from the narcotics trade, most of it discovered in duffle bags and cardboard boxes. Several of the boxes were even conveniently marked “1 million.”

Now that was nice, don’t you think? Criminals labeling their own evidence.

The raid was considered to be the largest in history. Current reports state the combined value of cash and property seized at $140 million. Nine arrests were made. All pled not guilty.

The gist of the laundering operation was this: Mexican drug cartels in the United States gave bags of cash to businesses in the Los Angeles fashion district, who used the money to make or import products that would then be sold to Mexican distributors for pesos. The pesos were returned to the Mexican drug cartel.

Simplified, it would be like me selling drugs and then giving you the money I made to buy widgets. You then sold the widgets to a third party and gave me the money you made. I put the clean—laundered—money in the bank and no one would be the wiser. Seems simple, right?

When I set out to write CRUSHED VELVET, the second book in the Material Witness mystery series, I knew that the plot would revolve around several bolts of proprietary velvet sourced through a Los Angeles fabric wholesaler. I also knew that the murder victim would be the man who had been hired to courier the fabric from Los Angeles to San Ladrón, the fictional California town where the series takes place. I knew the main suspect would be the wife, and I knew that, through her own poor choices, a trail of evidence would give her means, motive, and opportunity.

What I didn’t know was who the other suspects would be and why the victim was murdered. That’s what I discovered along the writing way.

My story takes place in a cozy small town environment with an amateur sleuth who owns a fabric store. That’s a far cry from a thousand law enforcement agents raiding dozens of Los Angeles businesses after sixteen months of surveillance. But motives are motives. A sad but true fact: real murders are committed for far less than millions of dollars.

The real life Operation Fashion Police broke several months after I’d turned in the completed manuscript for CRUSHED VELVET, but there were similarities between the two: textiles. money. drugs. There aren’t any boxes of money labeled “1 million” in my book, but there is a carton labeled “catnip.”

Because every mystery deserves a twist. 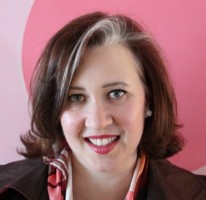 After two decades working for a top luxury retailer, Diane Vallere traded fashion accessories for accessories to murder. SUEDE TO REST, the first book in the bestselling Material Witness Cozy Mystery Series, was a Lefty/ Best Humorous Mystery nominee. CRUSHED VELVET, book two, comes out August 4. Diane is the current president of Sisters in Crime Los Angeles, and co-chair of the 2015 California Crime Writers Conference. She also writes the Mad for Mod Mysteries and the Style & Error Mystery Series. Diane started her own detective agency at age ten and has maintained a passion for shoes, clues, and clothes ever since.