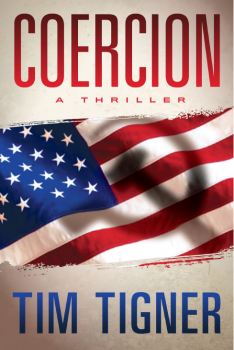 I was snugging a green beret onto my crew-cut scalp when I heard the report: The Berlin Wall, Tom Brokaw announced, has fallen.

I’d just completed years of military training. I’d parachuted into stormy swamps, memorized Soviet battle plans, and “learned Russian so you didn’t have to.” Then the enemy my generation had grown up with, and the career for which I’d sweat and bled, crumbled on the six o’clock news.

What are you going to do now? Mom asked.

I went over to the dark side. I moved to Moscow. The Wall had fallen and then the Curtain—let the pillaging and plundering begin! Of course it was the locals now known as oligarchs who ransacked Russia by the billion. I did OK, landing a corporate gig peddling Western medicine.

Years passed—tough perestroika years—and my sworn enemies morphed into best friends. I came to understand that defeat had cost them more than jobs and traditions. The collapse of the Iron Curtain had also crushed their pride. They’d been a superpower one day, and destitute the next. Talk about a tough pill to swallow.

I tried to imagine how I’d react, if American pride became an illusion. I thought about how hard I’d fight to prevent it. With clenched fists, I vowed that I’d use everything I had learned, every tool at my disposal. Then I put myself in my new friends’ shoes, and asked:

How could I have prevented the fall—if I had the resources, determination, and cunning?

COERCION is the story of one prescient man’s attempt to save his sinking nation. It’s the story of KGB guile coupled with devious invention, and the moral compromises that come into play during extended covert operations.

Set in 1990, between the Berlin Wall’s collapse and the dissolution of the Soviet Union, COERCION plunges the reader into the world of Cold War espionage as experienced by both perpetrators and victims. It rips open a conspiracy that could have been, exposing one hero as he first falters, and another as he ascends.

What was your goal in writing COERCION?

In Eye of the Needle, Ken Follett told a plausible tale of how WWII could have ended very differently. By writing his first espionage thriller from multiple perspectives, Follett added sympathy, depth, and complexity to his clever historical twist. I wanted to do the same for the Cold War.

Where does fact end and fiction begin in COERCION?

The scheme concocted by KGB General Vasily Karpov in COERCION was tactically sound and mechanically plausible in his era. In fact, his core strategy was widely deployed by the KGB, just not as effectively. Of course Karpov benefits from the author’s 20:20 hindsight—and a novel diabolic device.

Nothing. I almost wish he would. Not the part of the story that led to the title, but the core strategy of creating an economic superpower through manufacturing might and innovation. The people of Russia deserve it. Post-perestroika, Russia’s government has behaved more like Saudi Arabia’s than America’s, relying on natural resources to pay the bills, rather than building a stronger nation.

What differentiates your novels from the other thrillers on the shelves?

I chuckle at this, because I work so hard to mimic authors like Ludlum, Flynn, and Clancy. But of course that’s stylistic. My novels all center on a plausible invention that’s rocking the world of both its users and its victims. This tactic allows me to explore philosophical questions pertinent to modern society in an entertaining manner, with fresh plots, and unpredictability. Along with introducing new friends, my goal is to feed my readers’ intellectual curiosity, while breathlessly taking them someplace they’ve never been. 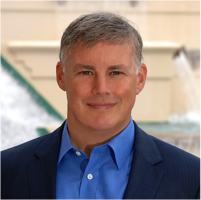 Tim Tigner grew up in the Midwest and Europe, earning a BA from Hanover College and then a MBA in Finance and a MA in International Studies from the University of Pennsylvania. He now lives with his wife Elena and their two daughters in Northern California.