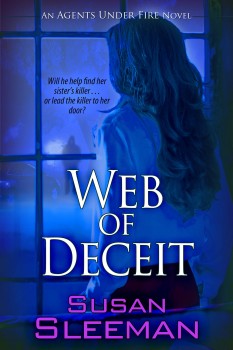 Will he help find her sister’s killer . . . or lead the killer to her door?

When Fbi Agent Kaitlyn Knight discovers her brother-in-law is Vyper-the notorious cyber-criminal and murderer wanted by the Fbi-Kait doesn’t question her duty to arrest him. But when he murders her sister in front of her, leaving her infant niece motherless, Kait vows to hunt him down and bring him to justice while raising the baby.

Three years later, and not even a whisper of a lead in her search, Kait is about to give up hope of ever finding Vyper. All of that changes when he goes on a murderous spree taunting Kait with clues that she and homicide detective Sam Murdock must solve before her devious brother-in-law takes another life.

As the body count rises, Sam discovers the killing spree is really about striking back at Kait. He must put everything on the line-including the relationship he’s developed with Kait-to ensure her safety. The killer is waiting, watching her every move, and he won’t stop until he’s exacted his revenge and reclaims his rights to raise his daughter

“There are some books that just capture you and transport you right along the storyline as if you are watching it unfold in real time. Web of Deceit, was one of those books for me.” ~Reviewer Valri Western

“This is the premier title in Susan’s new Agents Under Fire series. It begins with edge-of-your-seat suspense and doesn’t stop until the final sentence. Not what I expected. BETTER! Warning: don’t read late at night because you will not sleep till it’s finished!” ~Author D.H. Barbara 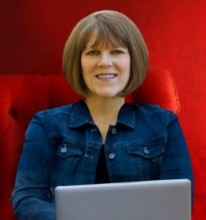 Susan Sleeman is a best-selling author of inspirational and clean read romantic suspense books. Awards include Thread of Suspicion-2013 Romantic Times Reviewers Choice Best Book Award, No Way Out and The Christmas Witness, Daphne du Maurier Award for Excellence finalists. In addition to writing, Susan also hosts the popular website TheSuspenseZone.com. She currently lives in Oregon with her husband, but has lived in nine states. They have two daughters, a son-in-law, and an adorable grandson.

The July 2015 Edition of The Big Thrill

What Doesn't Kill Her by Carla Norton