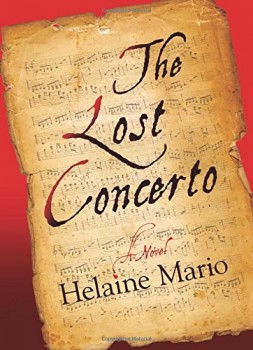 What would you do if you discovered that someone you loved and lost decades ago is alive?

The Lost Concerto is the story of a widowed concert pianist who is swept up in a decades-old secret and a search across France for her missing godson.

A woman and her young son flee to a convent on a remote island off the Breton coast of France. In a seafarer’s chapel high on a cliff, a tragic death occurs. The terrified child vanishes into the mist. So begins The Lost Concerto, a compelling blend of suspense, mystery, political intrigue, humor and romance, with strong, fully-realized characters.

A personal note from Helaine:

I wrote the book that I wanted to read.

That meant writing about something I love – classical music.  In The Lost Concerto, it is music that sets this story apart, music that tells Maggie’s story.

There was just one small problem… I can’t even find middle C on a piano.  So that meant research.  Hours and hours and hours of research.  The good news is that one article on music led to missing music, and that article led to music lost during WW2, and – voila! – a plot was born.

One fascinating report published by the UK’s Dailymail revealed that “Adolf Hitler kept a vast record collection of ‘forbidden’ music by Jewish (and Russian) composers.”  The family of a WW2 Russian officer finally disclosed that music banned under the Third Reich – including works by Mendelssohn, Offenbach, Rachmaninov and Tchaikovsky – were discovered in 1945 hidden in Hitler’s bunker, with scratch marks indicating that these 78 rpm recordings, publically labeled ‘sub-human music,’ had been played repeatedly.  Can you imagine never hearing Tchaikovsky, never taking your grandchildren to Swan Lake or the Nutcracker, because his glorious music was destroyed?

“If you love classical music, a challenging thriller, a twisting mystery, and complex characters, The Lost Concerto is for you. Helaine Mario proves it’s never too late to write a great novel. Lushly layered, full of evocative prose and surprises, and wonderfully told, this one’s a must-read. I couldn’t put it down.”
~J.T. Ellison, New York Times best-selling author of What Lies Behind 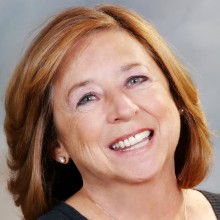 Helaine Mario is the author of two novels of suspense, Firebird (Amazon 2012) and The Lost Concerto (Oceanview Publishing, July 2015). New York City born and raised, Helaine is a Boston University graduate. She married in 1969 and moved to CT to raise her two children, volunteer at Save the Children, and write for the local newspaper. In 1985, Helaine’s life took an unpredictable turn when her husband’s career brought her family to Potomac, MD. For all eight years of the Clinton Presidency, she was a White House volunteer for Tipper and Al Gore, and continues to be a passionate advocate for public service and women & children’s issues. Because Helaine believes strongly in “giving back,” she has worked on several non-profit boards and, in 1998, founded The SunDial Foundation, Inc., which benefits our most vulnerable women, children and families. She also created Project PJs, offering new books, bears and pajamas to under-served children in the community. Helaine and her husband, Ron Mario, now spend their time in Arlington, VA – where she continues her advocacy work – Longboat Key, Florida, and Cape May, NJ. She is grateful to be a twelve year cancer survivor and is most proud of her two children and four beautiful grandchildren. Her son, Sean, is the pianist who inspired the classical music background in The Lost Concerto. When it comes to writing, Helaine wants, more than anything, to tell a good story, create characters with depth, and paint pictures with words. To make people feel. She wants to be a storyteller forever.

To learn more about Helaine, please visit her website.