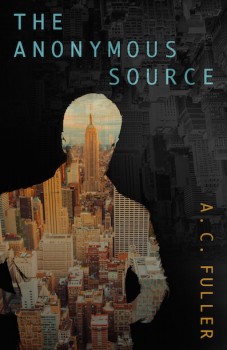 One year after the 9/11 attacks, Alex Vane—a brilliant, carb-obsessed reporter for The New York Standard—wants nothing more than to break into the flashy world of TV news. But when he stumbles on the scoop of a lifetime, Alex’s tightly controlled world is rocked: his editor buries his story, a source turns up dead, and he finds himself at the center of a violent media conspiracy.

Alex enlists the help Camila Gray—a captivating media professor—as he receives a series of tips from a mysterious anonymous source. Aided by an Internet genius, a billionaire’s sexy widow, and a washed-up sports reporter, Alex and Camila uncover a $500-million secret that could derail the largest corporate media merger in history.

“The Anonymous Source evokes comparisons to John Grisham’s finest—The Firm and The Pelican Brief…with a touch of All The President’s Men…A high stakes, explosive debut novel from a talented new writer sure to do damage to the best-seller lists.”
~Robert Dugoni, #1 Amazon and New York Times Bestselling Author of My Sister’s Grave

“From the smoky streets of New York to Hawaiian paradise, Fuller’s story takes us into the minds of a reporter, a grieving woman, and a killer—daring us not to turn the page. As a reporter, I relished the chase. As a reader, I can’t wait for more.”
~Julia Park Tracey, author of Veronika Layne Gets the Scoop 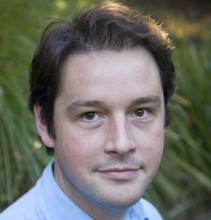 A. C. Fuller is a former adjunct professor of journalism at NYU, whose work has been featured in the Poughkeepsie Journal, New York Newsday, and Cracked Eye. He now teaches English at Northwest Indian College and hosts the WRITER 2.0 Podcast. He lives with his wife and two children in the Pacific Northwest and is hard at work on the sequel to The Anonymous Source.

To learn more about A. C. Fuller, please visit his website.