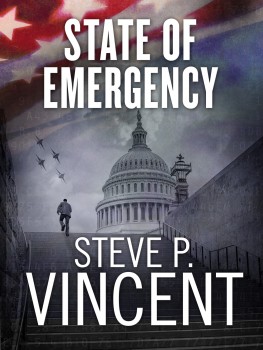 The Big Thrill sat down with Australian-based political thriller writer Steve P Vincent to talk about his newest release, STATE OF EMERGENCY. Steve is an ITW Debut Author for 2014-15 and he’ll be speaking and signing books at Thrillerfest.

Tell us about the Jack Emery series and the newest release, STATE OF EMERGENCY

My debut novel, The Foundation, was released as a digital first publication in September 2014. The book sees Jack Emery—an Australian reporter based in New York—in a race against time to expose a conspiracy and prevent global war. It was generally well received and I was lucky enough to be contracted for a few more books. Since then, I’ve released a free Jack Emery prequel novella, Fireplay, and a print edition of The Foundation.

The newest release, STATE OF EMERGENCY, is the second book in the series. Jack is home after a few months covering the war in Syria, only to find he’s walked right into a wave of terrorist attacks across America. The book deals with how US authorities would deal with such a scenario, and Jack is forced to fight against the very government he worked to save in the first book. It’s a book about a desperate government overreaching and creating something far worse than what it was fighting.

What was the inspiration for the novel?

The Foundation dealt with the concentration of media power in the hands of a few, and the outrageous level of control exerted by think tanks and lobbyists. STATE OF EMERGENCY, on the other hand, explores just how far a government will go to grasp on to control. It was fun to write, because I’ve always been interested in the struggle between the known (leaders, governments, armies) against the unknown and the largely unquantifiable (terrorism, drugs).

You’re not American, yet your books touch on the American political system. How much research is needed?

I try to do enough research to be convincing but stop short of attempting mastery. Because my books span topics and themes that are quite broad, I can never achieve the sort of topic mastery that those who write medical thrillers or police procedurals can. But I do need to have a good understanding of the things I write about. I think the compact between the author and most readers is quite simple: write a good, well researched book and a few small screw-ups will be forgiven. Besides, you can never satisfy the pedants.

How has Jack Emery bounced back from his adventures in the first book? What can readers expect?

Jack had a pretty tough time during his first adventure and starts STATE OF EMERGENCY a bit gun shy. But despite his best wishes, and probably his welfare, he’s soon drawn in to the plot against his will and better judgment. It’s important to me that Jack carries his scars and the burden of his decisions through the series, because actions have a reaction. I’m not interested in a bronzed, hulking action hero who kills thirty people per book and shows nothing for it except a raging craving for a burger.

Michelle Dominique was a memorable villain. What can you tell us about Richard Hall?

Michelle was the loud, angry Washington outsider with a big agenda and a willingness to get her hands dirty. Richard is the opposite. He’s the ultimate insider, a career bureaucrat raised high by circumstance and a little bit of his own plotting. He’s as ruthless and driven as Michelle, but he approaches power in a very different way. Whereas Michelle applied her limited (but formidable) power with razor sharp precision, Richard recognizes the American government is a steamroller, not a scalpel.

Many authors struggle with the second book. How did you find it?

It was different, that’s for sure, but I don’t think it was a struggle. I had the concept for STATE OF EMERGENCY in my head long before I finished The Foundation, so I think it was always heading towards this point. What was a bit of a struggle was the change in writing style that having publishing contracts and deadlines necessitated. I wrote The Foundation in a free range kind of way, which was fine, but I had to learn how to write a good book a whole lot quicker. I think I pulled it off.

Will Jack be back for a third book any time soon? What else is on the cards?

Jack will be back in December, actually, when the third book in the series—Nations Divided—is released digitally by Momentum. The book tracks the countdown to peace between Israelis and Palestinians after the signing of a peace deal, though needless to say there’s folks on both sides who aren’t thrilled by the prospect of peace or the terms it involves. It’s a bullet train of a story, though, and the whole book takes place over one month. After that, Jack fans will need to cool their jets for a bit, because I’ll be hard at work on a psychological thriller I’ve wanted to write for a while. 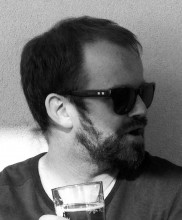 Steve P. Vincent is a thriller writer from Victoria, Australia. He lives with his wife in a pokey apartment in Melbourne, where he writes on the couch in front of an obnoxiously large television and an attentive goldfish. Steve’s debut novel, The Foundation, was published by Macmillan / Momentum in September 2014. It debuted #1 on the Amazon ebook political fiction rankings and was iBooks Book of the Week in early May 2015. The sequel and his second novel, State of Emergency, was published on 11 June 2015 by Macmillan / Momentum. Steve is a regular contributor to The Big Thrill and The Victorian Writer.