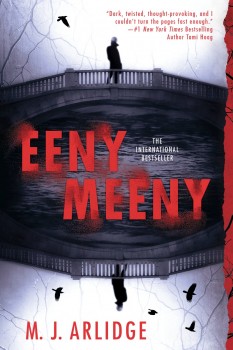 With its breakneck pacing and fascinating characters on display from the first page, EENY MEENY opens with a compelling and terrifying premise. A young couple wakes up trapped in an abandoned diving pool without food or water. There’s no escape. Instead there is a loaded gun with a single bullet, and a phone with enough battery life to receive one message: to walk free, one of them must kill the other.

Kill or be killed—no choice.

When other pairs are given the same orders in increasingly twisted ways, the brilliant but damaged Detective Inspector Helen Grace (reminiscent of Prime Suspect’s Jane Tennison or Stella Gibson in the TV series The Fall) finds herself racing against time and confronting dark chapters of her own past.

Published in the UK last summer, EENY MEENY was a Richard and Judy Book Club pick, an instant Sunday Times bestseller, and a reviewer favorite.

“Readers will look forward to seeing more of this strong, intelligent, and courageous lead.”
~Publishers Weekly

“This book, without a doubt, is a definite thrill that will set suspense lovers in their chairs for as long as it takes them to read it from cover to cover.”
~Suspense Magazine

“A fresh and brilliant departure from the stock serial killer tale. Detective Inspector Helen Grace is one of the greatest heroes to come along in years.”
~New York Times–bestselling author Jeffery Deaver 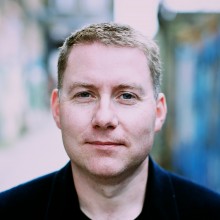 M. J. Arlidge has worked in television for the past fifteen years, and he lives in England. His debut novel, Eeny Meeny, has been sold in twenty countries.

The July 2015 Edition of The Big Thrill

What Doesn't Kill Her by Carla Norton