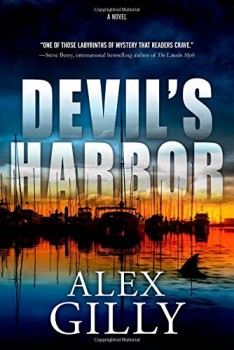 When I was a child, I read comics. When I was a teenager, I read books. My parents were both readers, so reading seemed an ordinary thing to do.

I have French heritage, and though we didn’t live in France, the comic-book “albums” I read were in French. We had hundreds of them at home—Tintin, Asterix, all of Blake and Mortimer. But my favorites, by an unreachable distance, were Blueberry by Charlier and Giraud, and Barbe Rouge—Red Beard—by Charlier and Hubinon.

Both were adventure stories. Blueberry is the nickname of a Union cavalry officer named Donovan, who, after the Civil War, rides into the untamed West, drinks hard, womanizes, plays his trumpet, and fights injustice and cruelty wherever he encounters it—which is pretty much everywhere. Red Beard, meanwhile, commands the three-masted Black Falcon, and has an adopted son, Eric. Together, they roam the 18th Century seas, mostly pirating but occasionally privateering on behalf of the King of France against the rapacious Spanish and duplicitous English.

The arrival of a new Blueberry or Red Beard album was always a momentous occasion for me. I would become utterly absorbed in every new adventure, disappearing from the sometimes airless real world into one in which bracing winds drove beautiful wooden ships across scintillating seas. I was fiercely loyal to my heroes. I needed them in my life, so the knowledge that I could count on them was profoundly reassuring. Blueberry always sided with the good guys. So did Eric, even if it was sometimes only to atone for the sins of his pirate father.

When I started reading books without pictures, it didn’t take me long to discover the genre that would meet my need for enduring heroes. The recurring detective—the sleuth who returns to put away bad guys and avenge the dead chapter after chapter, book after book—provided a steadfast rock to which I could tether my mutating self. What did it matter if I was starting at a new school, moving to a new house, leaving for another country; who cares about puberty?—there’s a body in the first-class sleeping carriage, and Poirot is on the case!

I don’t know if we had every single novel Agatha Christie ever published, but I’m certain I read every one we had. Then, at about fourteen or fifteen, my dad handed me an Ed McBain and I abandoned Agatha with breathtaking ease. Worse: the moment I discovered what I thought was the gritty “real” world in McBain’s 87th Precinct, I felt embarrassed at having been so enthusiastic about Christie’s old-fashioned cozies. Christie was warm and snug, whereas McBain was cold and hard and the truth, I thought then, was hard and cold. Never mind that McBain’s central set-up—honest, dogged Detective Carella chasing an evil mastermind known only as The Deaf Man—is as stylized as anything Conan Doyle produced; to my ear, the setting, tone, and dialog were palpable, real. For the next few years, I read American crime writers almost exclusively.

A few years later, home from college for Christmas, my father gave me a copy of Patrick O’Brian’s Master and Commander. Or maybe I gave it to him; I don’t remember. We had a vexed relationship, my father and I, but with Captain Jack Aubrey of the Royal Navy, and his particular friend Stephen Maturin—physician, naturalist, spy—we were on common ground. The series was, we agreed, genius. We talked about it for hours, partly to avoid thornier subjects and partly out of sheer enthusiasm. Reading O’Brian brought back the feelings I had had reading Barbe Rouge as a child. Here I was again roaming the high seas, an adventure waiting under every horizon.

I didn’t set out to include all these influences in my first novel, DEVIL’S HARBOR, but of course with hindsight I can see them all lurking in there. It’s an American crime novel set mostly at sea. It takes place across borders. Nick Finn, its flawed hero, always sides with the good guys. He’s got a vexed relationship with his dad, who was a bit of a pirate.

I’m not saying that in DEVIL’S HARBOR readers will find Patrick O’Brian and Ed McBain, Blueberry and Red Beard all rolled into one. (Imagine the confusion of flavors! Like a pizza with too many toppings.) Just that when I started writing this piece for The Big Thrill and reflecting on the milestones of my reading life, I realized that they had all migrated with me into my writing life, even if I haven’t actually read any of them for years.

Great stories will do that: live on long after you’ve moved on from the last word. 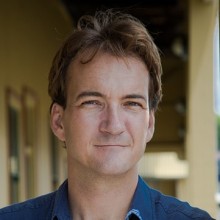 Alex Gilly is a writer and translator who was born in New York City and has lived in Australia, Canada, France, California, and the UK. One of his translations, Thierry Cruvellier’s THE MASTER OF CONFESSIONS, was longlisted for the 2015 PEN Translation Prize. Alex holds an MA in Translation and Interpreting Studies and a BA in Linguistics and Spanish and Latin American Studies, both from the University of New South Wales. In addition to his work as a translator, Alex has worked as a boating-magazine writer, editor, and copy editor. He currently lives in Sydney with his wife and son. DEVIL’S HARBOR is his first novel.