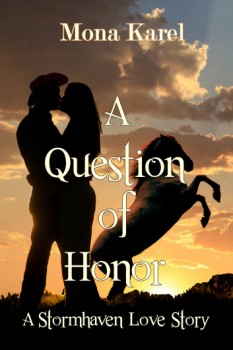 Sydney Castleton has worked hard to put her less than savory past behind her…until her sister asks for her help. Devin Starke has fought too many battles, seen too many deaths, to look forward to a peaceful future…until his best friend and partner asks him to help return the horse his wife, Sidney’s sister, took when she left.

Stormhaven, a ranch in northern New Mexico, has become a place for fighting men to readjust to the world, a sort of decompression chamber for those who have seen too much. Devin Starke is such a man. And Sydney isn’t far behind him.

“This book, like the others Karel has written, shows a depth of understanding of people and their relationships. You can’t help but root for her characters as they struggle to find their way through unique trials and tribulations. The story has a good strong plot that will keep you turning pages, but it’s the charming, heart-warming love story that will have you reading this one again and again.” ~Taylor Jones

“Karel is one of my favorite authors, and this book doesn’t disappoint. One of the things I like best about her work is that her characters both male and female are not the “mass-produced” incredibly beautiful hunks and hotties we see so much in romance fiction today. Karel’s characters feel like real people and the obstacles they face are tough, intriguing, and complicated. Not that I have anything against beautiful people. I enjoy drooling over a hunk as much as the next red-blooded female. But Karel brings an authenticity to her characters that pulls you in and tugs at your heartstrings page after page.” ~Regan Murphy 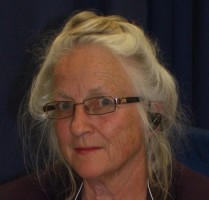 Mona Karel is the writing alter ego of Monica Stoner, who followed the road less traveled for most of her life, from horses and dogs and whatever helped pay bills to a buyer’s assistant in a nuclear power plant. When not writing she’s showing and judging dogs, taking up the challenge of high plains gardening, playing with low carb recipes. Her writing is as eclectic as her life, covering suspense, fantasy, paranormal, and the mystery of people finding each other.

To learn more about Mona, please visit her website.