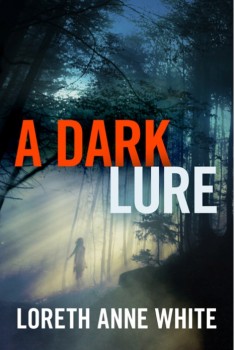 Loreth Anne White’s atmospheric, psychological thriller, “pushes the traditional boundaries of the romantic suspense genre,” according to Amazon’s editors, who selected A DARK LURE as one of their four Kindle First picks for June, 2015. Within the first week of its kindle release, A DARK LURE hit # 1 in the Amazon kindle store. The book officially launches July 1.

Tell us a little about A DARK LURE

With A DARK LURE, I wanted to take a classic serial killer trope, where a heinous villain returns years later to hunt down his lone survivor—a woman who bears the deep physical and emotional scars of her narrow escape—but I also wanted to hopefully layer it, make it as much a story of survival, and self acceptance, and love in its many forms. And, I wanted it show the disparate ways in which we can become family. While the themes are dark, at the core it’s ultimately a story of hope. A DARK LURE is set against a rugged wilderness backdrop where hunting and fishing are key story elements, and a perfect foil for my fishing guide heroine who believes she’s found a safe and remote place to hide with her dog and her PTSD—but it’s precisely this isolation that presents the danger.

What inspired the story?

At least once each summer, my husband and I load up our truck, camper, and trailer, to head north into British Columbia’s Cariboo country with our Black Beast of a “labradog” where we spend days, sometimes weeks, fly fishing and camping at a place called Big Bar Lake. While tracking with my dog through the grasses along the water on one particularly moody day, I became hyper aware of the encroaching forest and shadows within, and a sense of being watched by something unseen. And so began the “what-ifs,” which were further developed around campfires late at night while we listened to the coyotes cry in the dark hills, and watched the stars move across a northern sky. This is the setting that inspired my fictional Broken Bar Ranch, and out of it, Olivia and Cole’s story was born. Of course Olivia had to have a dog, Ace, a rescue who plays a key role in the book.

Next up is In The Waning Light, also a romantic suspense being published my Montlake. It launches November 7, 2015. It’s the story of a True Crime writer, who, in order to win back her fiancé and a chance at a future she thinks she wants, must return to her small Oregon coastal hometown to tackle the one story everyone says she cannot write—the story of her sister’s brutal murder, and her own family’s demise twenty-two years ago—only to find that “The End” was not what everyone thought it was, that the real killer could still be lurking in Shelter Bay, and that her future might just lie with a man from her past.

This book will be followed by In The Barren Ground, another romantic suspense tentatively scheduled for May 2016. 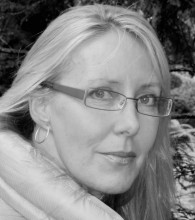 Loreth Anne White is an award-winning author of romantic suspense, thrillers, and mysteries. She has won the Romantic Times Reviewers’ Choice Award for Romantic Suspense, the National Readers’ Choice Award, and the Romantic Crown for Best Romantic Suspense and Best Book Overall. In addition, she has been a two-time RITA finalist, a Booksellers’ Best finalist, a multiple Daphne Du Maurier Award finalist, and a multiple CataRomance Reviewers’ Choice Award winner. A former journalist and newspaper editor who has worked in both South Africa and Canada, she now resides in the mountains of the Pacific Northwest with her family. When she’s not writing you will find her open water swimming, cross-country skiing, biking or hiking the trails with her Black Dog, and generally trying to avoid the bears – albeit unsuccessfully. She calls this work, because it’s when the best ideas come!