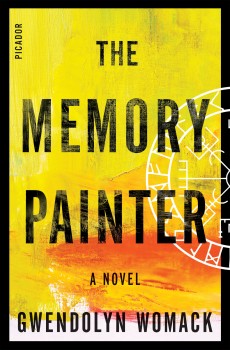 “It is a time travel story, but not in the classical sense,” she says, “In the present day storyline, our two lovers remember their past lives as if they’re living it in real time, so it makes the story feed like time travel—although it’s their minds tunnelling them deeper into the past until they arrive at the lifetime where it all began.”

If it sounds complex, you aren’t far off the mark. Spanning six continents and more than 10,000 years, THE MEMORY PAINTER required extensive research, including riveting information about ancient Egypt that not only surprised Womack, but became the springboard for the novel’s thrilling climax.

“If readers are interested in alternate theories about Egypt’s history and the intended purpose of the Great Pyramid, then I recommend Christopher Dunn’s book The Giza Power Plant, and Robert Bauval and Graham Hancock’s book The Message of Sphinx.”

Of course, these works were just a drop in the research bucket for what was required to successfully weave her characters through time with authenticity. Ironic, perhaps, given that Womack’s background is in theatre and she’d originally intended to write THE MEMORY PAINTER as a feature film. A much more truncated version of the story, of course.

“When I sat down to write the novel years later, I completely wiped the idea of it being a movie from my mind and let the story go into far off places without thought of ‘how are we going to shoot this?’”

Instead, she drew inspiration from authors and books she admired, like Elizabeth Kostova’s The Historian, Katherine Neville’s The Eight, Deborah Harkness’ A Discovery of Witches, and, of course, Diana Gabaldon’s Outlander series.

“I’m drawn to writing thrillers that are love stories and centered around the paranormal,” she says. “All of these authors took something fantastical and ground it into reality. That was very much my intention when I wrote THE MEMORY PAINTER.”

A process, she admits, she very much enjoyed.

While her theatre and film background made the transformation to novel-writing challenging as she learned to flush out the words and spend more time on setting and description, the skills she commanded as a screenwriter—dialogue, dramatic construction, pacing, and visualization—provided a roadmap for what turned out to be a wonderful and rewarding journey.

“With novels, the words on the page become the final experience, and there’s something deeply satisfying in that to me,” she says. “I think I was a frustrated novelist for years and didn’t know it. Hindsight is a wonderful thing.”

Which provides the basis for the advice she’d give to beginning scribes, regardless of format.

“Always keep working on refining your story. Rewriting and editing is where so much of the magic happens,” she says. “Keep forging ahead and don’t give up.”

As for Womack, she is currently forging ahead on a new paranormal romantic thriller about an ancient oracle and the long-reaching power of intuition that also spans quite a lot of history. 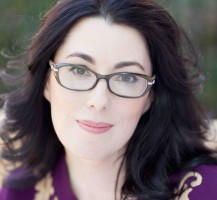 Gwendolyn Womack grew up in Houston, Texas. She studied theatre in college at the University of Alaska, Fairbanks and then moved to California to get an MFA in Directing Theatre, Video and Cinema at California Institute of the Arts. A lover of travel, she has lived in both Russia and Japan. She currently resides in Los Angeles with her husband and son and can be found at her keyboard. The Memory Painter is her first novel.

To learn more about Gwendolyn, please visit her website.