Greek Heroes, Shutter Island and Why I Love Thrillers 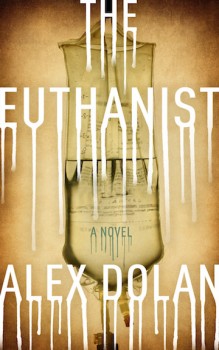 I read a lot of Greek myths as a child.

Perseus was a big draw for me. An assassin outfitted with all sorts of gadgetry, including winged sandals and an invisibility cap, I think of him as the James Bond of Greek heroes. My favorite was Theseus, because he had the most interesting villains. Look beyond the Minotaur; he defeated Procrustes, who tortured travelers on an iron bed. If they were too short, he stretched them to fit the bed. If they were too tall, he cut off body parts until they fit. Unsettling stuff.

The tone and tropes of some of these myths live on in today’s thrillers. Often, you have a hero who needs to outwit and ultimately defeat a monster, human or superhuman. Sometimes heroes have specialized tools, and sometimes they have little more than brains and courage. Thrillers embody the same sense of adventure and justice, and if I’m being honest, the fantasy that I can be the hero by inserting myself into the story as its reader.

Since part of my career has been spent working on social issues, I also admire thrillers’ ability to delve into important social topics using the framework of suspense.

Dennis Lehane’s Shutter Island is one of my favorite books from the past decade. Not only did it entertain me, but the book also covered the state of mental health care and the flaws of the penal system. Instead of pounding me over the head with social advocacy, it provoked thought through a compelling story.

When I wrote The Euthanist, I wanted to tackle the serious subject matter of the right to die movement using a suspenseful story as a vehicle. There are many thoughtful books out there that cover the movement’s history, legislative battles and the nature of care recommended for those considering end-of-life decisions. I used the format of a thriller to present these issues through a different lens.

One of the things that compelled me to write this book was the dedication I see in practitioners of euthanasia and assisted suicide. To do this work, it takes a lot of courage, and the willingness to see to a patient’s wishes even when those wishes fall outside the law.

Since all but five states presently outlaw physician-assisted suicide (no state currently permits euthanasia), the people who practice this end-of-life care are, by definition, outlaws themselves. When I created the lead character of The Euthanist, Kali, I envisioned her as a modern outlaw. She is young, strong, somewhat theatrical, and prone to occasional violence.

By creating characters that aren’t saints, I aimed to emphasize the human element in this kind of care. There are real people who choose to die, and real people who help honor those decisions. I admire the courage of both. The result will hopefully be an exciting, suspenseful story that provides a different way of looking at these issues and honoring the real people behind this movement, as well as helping ignite discussion over one of the most universal experiences in life—how we end it. 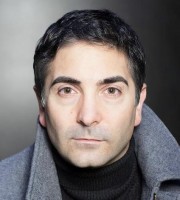 Alex Dolan was raised in Boston, lived in New York City, and currently resides in the San Francisco Bay Area. In addition to writing for several publications, he has recorded four music albums, and has a master’s degree in strategic communications from Columbia University. The Euthanist is his first novel.