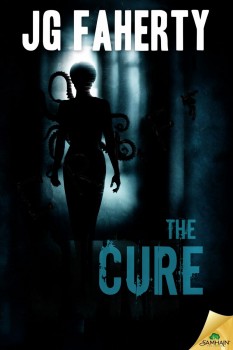 Pet owners understand the power of unconditional love. That stampede of feet when you walk through the front door can make you feel like the most important person in the world, and nothing can comfort sadness faster than a tender feline kiss. Your pet can heal your heart just with its presence, but if your fur companion is under the weather, it can sometimes leave you feeling helpless.

For author J.G. Faherty the unfortunate stomach troubles of his chocolate lab and subsequent trip to the vet inspired THE CURE, a paranormal horror about Leah, a young veterinarian both blessed and cursed with the power to heal.

“I remember thinking about the famous novel by F. Paul Wilson, The Touch, where a man gets the power to heal. And I thought, wouldn’t it be great if a vet had that power? Animals would never have to suffer,” Faherty says. “And right away I knew I was on to something, but I didn’t want it to be just a rehash of the other book, so I took some time and came up with a bunch of twists and problems that were unique to Leah.”

Indeed, the dark side of her special ability is explored when a force of evil murders the man she loves, transforming the shy, dorky Leah into a demon of retribution. She resurrects her love and embarks on a mission for revenge, leaving readers to eventually question whether Leah has control over her power—or whether it controls her.

“For me, it was all about how a good person will sacrifice anything to help the person they love, and a better person will do it to help innocent animals,” Faherty says. “But there are other themes as well—such as no good deed goes unpunished, keeping secrets can be bad, power corrupts, and so on.”

THE CURE is Faherty’s fifth full-length novel, but it’s a bit of a departure from his normal fare, where ghosts, zombies, wizards, and other paranormal folk play a much larger role. That doesn’t mean he got off easy in the research department though. If anything, this book required more.

“I needed some info on military procedure, the layout of certain NYC neighborhoods, police procedure, etcetera,” he says, noting that not all of it made it into the book, but served as source material for his character development. “I have a biology background, so the vet parts were pretty easy. The hardest part, for me, is coming up with twists and cliff-hangers without giving anything away. I can’t imagine writing a complex mystery—I’d probably spoil everything for my readers.”

That isn’t to say THE CURE lacks anything in the twists and turns department. Like all of his novels, the story begins with great characters, in this case, Leah, and the requisite nefarious bad guy, Del, who is about as evil as they come, yet has a genuine soft spot for animals.

From here, a project begins to gel. At the plot stage, Faherty makes the call as to whether the idea turns into a full-length novel, or becomes a novella or short story. To date, Faherty has published five novels, eight novellas, and fifty short stories, an impressive accomplishment for someone who has dedicated almost eleven years to the craft.

“Compared to some of my friends in the biz—Jonathan Maberry, Chris Golden, Patrick Frievald—I’m a slow writer,” he says, if not self-admittedly one of the quirkiest.

“I have a bit of ADHD when it comes to writing. If I hit a stumbling block, I’m not the kind of writer who can sit there for hours and try to work it out. If I don’t ‘feel it’ that day, I switch to a different project. So often I’ll have several books and short stories all going at once.”

His desk is littered with pieces from various projects, remnants of his day job as the owner of a resume preparation business, and his writing talisman—a camouflage fishing hat he received after graduating from the first-ever Borderlands Writers Bootcamp. It’s signed by a number of bestselling authors who have also become his mentors, and continue to inspire him when he’s feeling lost, or perhaps gone too far down the dark rabbit hole of the genre.

“I’ve always loved dark stories, but I don’t consider myself a ‘dark’ person,” he says, though admits he’s always been entrenched in the horror, sci-fi, fantasy, thriller world, even since childhood. “I don’t dress Goth or listen to dirge metal or only go to horror movies. Finding my inner darkness is never an issue, because it just comes naturally. And, at the end of the day, I don’t turn that darkness off. It’s a part of me, just like my quirky sense of humor or my preference for jeans and t-shirts or my love of coffee. It’s just not the only part of me. So it’s there when I need it and biding its time when I don’t.”

This ability to go “dark” is one of the (many) reasons Faherty is attracted to the thriller genre—a storytelling technique that allows readers to get swept along at breakneck speed, racing from scene to scene without ever knowing what’s coming next, or to sneak through graveyards at night and wing through space faster than the speed of light.

For Faherty, he hopes his readers are in the mood for THE CURE—or one of the many projects in his expansive published, or soon-to-be published story vault. 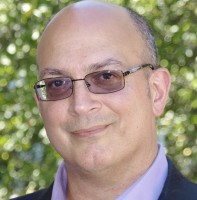 A life-long resident of New York’s haunted Hudson Valley, JG Faherty has been a finalist for both the Bram Stoker Award® and ITW Thriller Award, and he is the author of six novels, seven novellas, and more than 50 short stories. He writes adult and YA dark fiction/sci-fi/fantasy, and his works range from quiet suspense to over-the-top comic gruesomeness. He enjoys urban exploring, photography, classic B-movies, good wine, and pumpkin beer. As a child, his favorite playground was a 17th-century cemetery, which many people feel explains a lot.