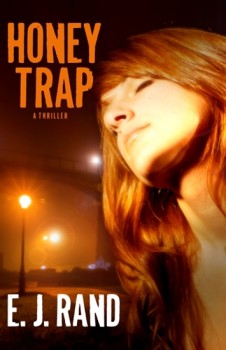 Why would one NSA agent attempt to kill Robert Milligan, a fellow NSA officer, and Addie Buford, an attractive woman he met only hours before? A traitor in the NSA has tricked the agency into believing that Addie has lured Milligan into a honey trap. And since Milligan knows too many secrets about the agency’s Witness Security program, he and Addie have become the targets of multiple assassins.

Already emotionally damaged from a recent personal tragedy, Milligan no longer knows whom he can trust at the agency. Soon, he and Addie go into hiding, but the close proximity and growing peril forge a bond between them, even as Milligan struggles to keep his distance from her.

And all the while, Milligan also has to wonder—can he completely believe Addie? Is the woman who’s slowly working her way into his damaged heart really as innocent as she claims in this deadly game of cat and mouse? He knows he must protect Addie from the escalating danger, but can he protect himself from her?

HONEY TRAP is E. J. Rand’s fifth published thriller. His work has been honored in five award contests, including Killer Nashville-Claymore Awards, International Next Generation Indie Book Awards, and MWA New York Chapter Mentor Program. Rand lives in New Jersey with his wife. His next novel, BLINDSIDED, is due to be published during Summer 2015.