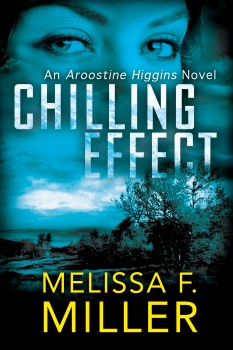 USA Today bestselling author and practicing attorney Melissa F. Miller is well acquainted with the tough demands of the legal world, and so is Aroostine Higgins, the sharp and strong-minded protagonist in Miller’s upcoming release, CHILLING EFFECT.

In CHILLING EFFECT, the second installment in the Aroostine Higgins series, federal prosecutor Higgins is called upon to investigate an embezzlement scheme at a Native American casino. As a Native American raised by adoptive parents, Higgins must reconnect with her past and gain the trust of a community wary of outsiders.

But when her would-be informant is executed in his home, the stakes are raised and Higgins finds herself tracking down a ruthless murderer. The Big Thrill recently caught up with Miller to talk about CHILLING EFFECT, writing legal thrillers, and Miller’s advice for aspiring authors.

Congratulations on the upcoming release of CHILLING EFFECT. What can you tell us about it that’s not on the back cover?

Thank you! I’m really excited about this book. CHILLING EFFECT picks up where Critical Vulnerability leaves off: Aroostine has lost the support of her superior at the Department of Justice, but she is more concerned with strengthening her marriage in the wake of the events of the first book. Once again, she’s faced with a dangerous situation that’s steeped in modern technology and modern culture; and, as before, she finds that she has to rely on her cultural heritage as much as, if not more than, on her legal training to survive. But her husband, Joe Jackman, also comes into his own a little bit in this book. He doesn’t have her skill set and is forced to rely on her in ways he’s never had to during their everyday life, which makes for an interesting dynamic.

Aroostine Higgins is an interesting protagonist. A federal prosecutor with Native American roots, she is straddling two very different worlds, a situation that comes to a head in CHILLING EFFECT. Can you share with us a little more about Aroostine Higgins and some of the elements from her past that have made her the woman she is today? What was the inspiration for Aroostine?

Aroostine is a straight arrow. She’s a young, idealistic attorney who, inspired by Atticus Finch in To Kill A Mockingbird, opened a small-town legal practice with aspirations to change the world. She’s married to her college sweetheart, Joe. Earning a reputation for being a smart, hard-working attorney with stellar ethics, she is wooed by the Department of Justice’s Criminal Division to work for them. As she navigates the legal world, she consistently tries to distance herself from her sad beginning: As a young girl, she was cared for by her grandfather, who taught her the traditional ways of their tribe. When he was dying, he arranged for her to be adopted by a white couple. She left her heritage behind when she went to live with the Higginses and does not self-identify as a member of the Eastern Lenape—even though, when she is faced with difficult decisions, she reflexively relies on her grandfather’s teachings and the guidance of her spirit animal. Aroostine appeared briefly as a very minor character in the second book in my Sasha McCandless series. The more I thought about her, I realized she deserved her own book. I’m fascinated by the idea of the outsider as a hero. And Aroostine is the quintessential outsider—not truly at ease in either world.

Oh, so much research! Luckily, I’m a researcher at heart, so I love learning about specialized information. For CHILLING EFFECT, I researched the use of armed drones in military operations; the Chinook Native Americans; principles of tribal justice and the interplay between those principles and federal criminal law; how to start a fire with a flint (actually an indigenous rock) and steel; and which native Oregon plants were edible and in season when Aroostine was there. I’m sure I’m forgetting lots of little pieces of research. In the end, I use just a fraction of the information I acquire in the course of researching a book.

In addition to the Aroostine Higgins series you write the Sasha McCandless series—also legal thrillers. What has drawn you to this genre? Do you find writing two series concurrently a challenge, or does writing one help with the other? What themes do you find yourself drawn to again and again?

I enjoy reading mysteries and thrillers because I like solving puzzles. I also enjoy reading in other genres, as well, but thrillers are my go-to books for entertainment. I also think the thriller genre is almost uniquely suited to exploring the issues that face us all today.

Ha, well, I’m actually writing three series now. I just released the first book in a romantic comedic mystery series. But, yes, for me, alternating among different series keeps me on my toes and it keeps my characters fresh (for me, and, I hope, for my readers). Aroostine and Sasha are similar in some ways, but the troubles they encounter, the skill sets they bring to bear, and their worldviews are sufficiently different that I can recharge from book to book. I added the third series because it’s much lighter than either of the legal thriller series. The themes I find myself drawn to often relate to technology and the benefits and dangers it brings. In addition, every book has a subplot tying the main character’s personal development into the overarching theme.

You’re a practicing attorney, a mother and a prolific author. Clearly you have mastered the art of time management! What does your writing routine look like? Where is your favorite place to write?

Hmm, I’ve definitely mastered the art of coffee consumption! I try to write early in the morning before the rest of the family is awake and on the go. I often fail, which typically means I end up writing late at night. I will also steal chunks of time as the day goes on. Sitting in my sons’ martial arts dojo or my daughter’s ballet studio while they take a class, for example, I’ll often write. I’m also lucky in that, after more than a decade of working in large law firms, my husband and I opened our own two-person firm. So, if I am not actively working on a legal matter, I don’t have to feel guilty about opening my Scrivener file and pounding out a chapter or two. My absolute favorite place to write is anywhere with a view of the water. That’s also the place I’m least likely to be found writing. I often write in the library of a nearby law school, the parking lot of my daughter’s preschool, the passenger seat of our RV when we’re on a family road trip, and, sadly, when under deadline pressure, locked in the bathroom.

That last image is quite funny—and I can completely relate. Can you share a little bit about your journey to publication? Any tips for aspiring authors?

I’m a hybrid author. I wrote my first book in 2009 and, the less said about that, the better. It lives in a drawer and will never see the light of day. But, writing it was instrumental because I finished it. Then, in 2010, I wrote the first book in the Sasha McCandless series. I was about to start querying editors in earnest in 2011, when my husband suggested I check out self-publishing. As a former editor and a control freak, I found that to be the right fit for me at the time. I would still be happily self-publishing all my work if Thomas & Mercer hadn’t approached me about picking up the Aroostine Higgins series. I absolutely love working with the team at Thomas & Mercer. From my editor, Alison Dasho, to my developmental editor and the copy editing and proofreading team, to the cover design folks, to the awesome marketing and promotions people, they’ve been so supportive of the series. It’s a nice balance for me to have this great team at Thomas & Mercer behind my series, which is very different from the dynamic of the equally talented team I’ve assembled to help with the production of my self-published works. I couldn’t be happier with a foot in each world.

My tips are the boring old standards: read widely (both in the genre you aspire to write in and outside it); write consistently; tell your story. I do think it’s important to avoid the trap of polishing your first three chapters forever. Write down the words and then move on. A finished draft is a huge accomplishment. Three perfect chapters that you polish forever is not a book. Just get the thing written. The first draft might suck, but you can fix it. You can’t fix what you don’t write. Commit your story to paper in all its imperfection and trust that it will resonate with someone.

Great advice, Melissa. So what’s next? Can fans look forward to another Aroostine Higgins thriller?

After CHILLING EFFECT, the next book slated to come out is a novella in the Sasha McCandless series. But yes, I expect there will be many more books in the Aroostine Higgins series. As well as more Sasha McCandless books. More We Sisters Three mysteries. I also have a medical thriller series in the works. Also, much, much more coffee! 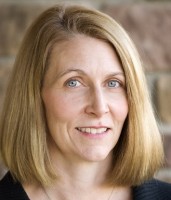 Melissa F. Miller is the USA Today bestselling author of more than half a dozen novels, including the legal thrillers Irreparable Harm, Inadvertent Disclosure, Irretrievably Broken, and Critical Vulnerability. She is a commercial litigator who has practiced in the offices of international law firms in Pittsburgh and Washington, DC. She and her husband now practice law together in their two-person firm in south central Pennsylvania, where they live with their three children.

To learn more about melissa, please visit her website.