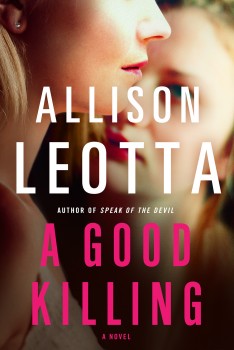 Anna Curtis fans rejoice! She’s back, this time on the other side of the legal system, as she fights to prove her sister’s innocence when the beloved football coach from their high school turns up murdered. When Anna first arrives in town, she’s confident that her sister could have had nothing to do with the coach’s death. As she becomes involved with the investigation though, she begins to wonder if she knows her sister as well as she thought.

Be prepared to lose sleep as you find yourself turning page after page to get to the startling finish.

This month, The Big Thrill caught up with author Allison Leotta to talk about her what inspired A GOOD KILLING, and her process for writing the book.

You write about the complexities of the sister relationship with authority, and you’ve dedicated this book to your own two sisters. How much do your sibling relationships affect your stories?

A lot. Anna has a little sister named Jody and although she is a very different person than my two sisters, I used our fights, our shared interests, and most of all the fact that we always have each other’s backs as a guide to Anna and Jody’s relationship. Jody played a more minor role in my first three books. Fans have been asking for “more Jody,” and this is really her book.

You alternate between Anna’s and Jody’s points of view. Did you feel more of a kinship with one over the other?

I am intimately familiar with Anna’s job. We were both sex crimes prosecutors in Washington, D.C. But I have written three books about her before this.

I felt a freshness that came from writing a new POV, Jody’s. The chapters from her perspective came very easily. With Anna, I work hard to get the legal details right. It is definitely work. Writing Jody was pure pleasure. I wrote the chapters from her POV in two weeks—the fastest writing I’ve ever done.

Your descriptions of Detroit and the problems facing the city are so authentic. Do you hope to inspire others to take an interest in the city?

I grew up near Detroit and was fascinated by the city: its beauty and its problems, both of which are world-class. Detroit has been the symbol of the best and the worst that America can be. And right now, it’s at a historic brink, poised between utter ruin and creative people who see an exciting, unprecedented opportunity to try new things. Cooper embodies that optimism, and I love him for that. I hope my book will have a positive impact on the city and get people thinking about the possibilities and creative solutions.

If you’re interested in reading more about Detroit, I’d recommend two terrific non-fiction books: Detroit: An American Autopsy, by Charlie LeDuff, which chronicles the city’s decline in wry, devastating prose, and Detroit City Is The Place to Be, by Mark Binelli, which explores the radical sense of possibility that comes when a city hits rock bottom.

There is often a conflict between moral justice and legal justice. I think everyone can relate to actions that while not legally justifiable, seem morally so. When you were a prosecutor, was there ever a defendant that you wished you didn’t have to try?

No. The luxury of being a prosecutor is always striving to do the right thing. If I didn’t believe a defendant should be prosecuted, I wouldn’t bring a case against him. But I handled sex crimes. In homicide cases, bad victims make for tough cases. I was talking to a friend of mine, the former chief D.C. homicide prosecutor, who was trying a case with a victim who was a very bad man—he’d committed many crimes before someone else killed him. It was difficult for my prosecutor friend to get witnesses to testify, because they kept saying “that man deserved a good killing.” That’s where the title of my book came from.

Jody tells Anna “You believe in working within the system, changing things from the inside.” Do you think Anna is right or is the system broken?

I think we have one of the best legal systems in the world. And yet there are serious flaws, and things we could be doing much, much better. So both sisters are right. The question is how do you work within such a system? What’s the best way to change things? The two sisters take very different approaches to this.

Your story highlights the legal inequities in poorer cities such as evidence not being processed due to lack of resources. Do you hope to draw more attention to these issues with your writing?

Absolutely. The rape kit backlog is an especially important issue, and that is why I made it a plot point in my book. It is an issue that doesn’t just face poor cities, but almost every city in America.

The title, A GOOD KILLING, seems to imply that the murder was justified. Was that your intention?

I will leave that to the readers to decide.

How are the experiences you’ve had as a federal prosecutor reflected in your writing?

I try to take the most interesting parts of my real cases and make them elements of my stories. Some of the most implausible plot twists are things that actually happened in D.C. Superior Court! I am also pulled by the emotions that come with these incredibly personal cases. There’s terrible heartbreak and tragedy, but also moments of real courage, love, and healing. I was inspired by the people—victims who had the courage to come forward, police officers devoted to helping their community, prosecutors working late into the night to try to make a difference. It’s very satisfying when I write a scene and feel like I’ve captured that.

Tell us about your writing process.

I feel very lucky that I can concentrate on writing full-time now. When I wrote my first two books, I was still working at the U.S. Attorney’s Office, and could only write from 5:00 a.m. till 7:00 a.m., before heading in to my day job. Now that I’m a full-time writer, I can sleep a little later! But I also have to be extremely disciplined with how I use my time.

Being a published author is like running a small business out of your house. I generally write in the morning, and use the afternoon for the business side of things. Blogging, social media, public speaking, opining, networking, and generally “building your platform.” That’s one of any modern author’s biggest challenges—balancing the writing of the books with the promotion of them.

Tell us about some of your favorites—movie, drink, dessert

I’m obsessed with Game of Thrones. Preferably watching with a glass of Pinot Noir and a bowl of chocolate covered pretzels.

What are you currently reading

What keeps you up at night?

What do you consider the biggest compliment you’ve received as a writer?

A fan named his dog “Anna” after my series’ heroine.

The fifth Anna Curtis book. It deals with sexual assaults on college campuses. 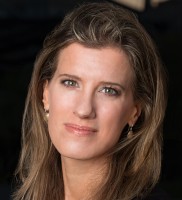 Allison Leotta was a federal sex-crimes prosecutor in Washington, DC, for twelve years. In 2011, she left the Justice Department to pursue writing full time. She is the acclaimed author of Law of Attraction, Discretion, and Speak of the Devil, and founder of the award-winning blog, The Prime-Time Crime Review. A graduate of Harvard Law School, she has provided legal commentary for CNN, MSNBC, PBS, and others. Leotta lives with her husband, Michael, and their two sons outside of Washington, DC.