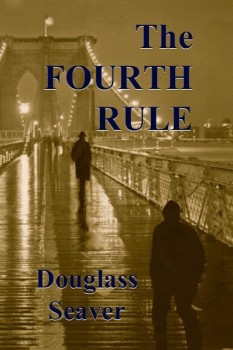 In his twenty-five years as a business executive and management consultant, Douglass Seaver has authored dozens of articles, guest editorials, and even a chapter in a marketing book. Now, Seaver adds a full-length novel to his already impressive publishing resume, with the debut of his international suspense, THE FOURTH RULE.

THE FOURTH RULE is the story of two brothers—one a missing Green Beret, the other, Matthew Grant, charged with keeping a secret. When the CIA approaches Grant to help solve the mystery of his brother’s disappearance, readers are taken on a twisting journey of suspense and intrigue, culminating in a high stakes gamble of life…and peace.

Here, Seaver talks about what inspired THE FOURTH RULE, his transition to fiction, and what he’s working on next.

Congrats on your debut, THE FOURTH RULE. It sounds fascinating. What was the inspiration for this story?

When I was fourteen, my dad told me a story about a man who rose every morning, got dressed, had breakfast with his family, and left for work. He rode the elevator down to the lobby, exited his apartment building, walked across the street to the local bakery, and bought a chocolate croissant. He returned to his building, went down to the basement, hid the white bakery bag with the croissant, and went on to work. At the end of the day, the man returned to his building, went to the basement, threw the bag and the chocolate croissant into the furnace, and then went up to his apartment and family.

Four decades later, I remembered the story, and it led me to think about keeping secrets. I became fascinated by the impact secrets might have on those who keep them. That curiosity became the backbone of the plot for my novel.

What’s behind the title, THE FOURTH RULE?

While doing research about secrets, I stumbled across a quote that led me to the title. I was scanning Bartlett’s Familiar Quotations when I found the ‘rule’ “Tell no secrets,” attributed to King Charles I as the fourth of his twelve personal rules to live by. It is exactly the challenge my hero faces when the CIA pressures him to reveal what happened to his older brother after he returned from Vietnam and disappeared.

While “tell no secrets” would have made a good title, it didn’t convey the mystery I wanted. “The fourth rule” was as relevant, simple and strong, but its meaning wasn’t as explicit—a bit of mystery even in the title.

What can you tell me about the book that readers won’t find out on the back jacket cover?

First, there is a love story between the hero and a foreign correspondent that is integral to the plot. Second, the secret around which the story revolves isn’t revealed until the last paragraph of the book, when the reader learns the hero’s secret, but the characters in the story don’t. In this sense, the hero has lived up to the title’s challenge—“tell no secrets.”

You’ve had considerable success with your nonfiction work—which is often the case for many novelists. When did your love of writing begin?

My fascination with writing began in boarding school, when my “rock stars” were literary figures—Kerouac, Ginsberg and Ferlinghetti—the beats of Greenwich Village. However, I was more interested, at that point, in the freedom of their lifestyles than in the hard work of writing. Four decades later, while writing Four Across the Atlantic, a nonfiction story of crossing the ocean in a fifty-foot trawler, I became seriously interested in writing as I struggled to convey the terrors and exhilarations of that adventure.

Is THE FOURTH RULE your first full-length novel?

My first novel was Backchannel, a story that began with a missed opportunity to catch Osama Bin Laden shortly after 9/11, and went on to tell of the betrayal of the hero in his quest to stop another terrorist plot. But it was a sophomoric effort, and I never let it leave the house.

Tell me about Matthew Grant, the protagonist of THE FOURTH RULE. What is his greatest vulnerability?

Matthew’s greatest vulnerability is his sixteen-year-old daughter: He has ten inches on her, but she’s already five-six, on her way to five-nine. Gangly, that’s the word for her today. Gorgeous is her future. Like her mother.

Right from the first chapter, Matthew realizes that keeping his secret places his daughter in jeopardy.

The book spans quite a geographical distance. How did you research each location? Have you traveled to them?

I have lived and worked in almost all the places I’ve written about in the book. At the risk of committing a “Brian Williams,” I must say that I have never been to Vietnam, although I served in the army during the time of the Vietnam War, and I’ve only been to the remote Afghanistan village, to which my villain travels, in my imagination. I’ve physically been to Islamabad, attended a Christmas party in the Jeddah consulate, vacationed in Lucerne, worked in Washington, D.C., and regularly stay in Manhattan and visit Madison, Connecticut, the home of the hero. My experiences in these places have given me a feeling for them, for which I refreshed the particulars with research over the Internet (Wikipedia, in particular) or with a reference book or atlas.

In your bio, you reveal your wife is a painter. How do you support each other’s art?

We both work primarily on the mornings with the implicit understanding that we’ll not interrupt each other until we get together for lunch. Beyond respecting each other’s need for solitude to work, I attend a lot of art shows and gallery openings in Connecticut, and Cheryl is my first reader.

Always keep writing. Have patience and be persistent in the hunt for publication. Think of seeing your first published novel as a significant step toward your goal of having a New York Times, bestselling hardback, published by Farrar, Strauss & Giroux. 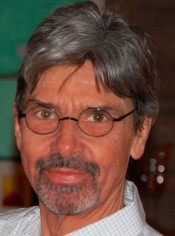 Douglass Seaver is the author of the highly praised nonfiction book, Four Across the Atlantic, and the award winning short story, The Auction. He is a graduate of the two-year online Stanford Certificate Program in Creative Writing. He and his wife, the painter Cheryl Seaver, live in Essex, CT.

To learn more about Douglass, please visit his website.