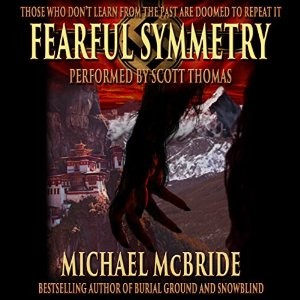 More than 75 years ago, five Nazi scientists embarked upon an expedition into the frozen Himalayas in search of the origins of the Aryan race. What they found instead was something beyond their wildest imaginations–a secret they would sooner take to their graves than risk releasing upon an unsuspecting world.

Now nearly a hundred years old, Johann Brandt, the lone surviving member of the original party, shares his discovery with Jordan Brooks, an evolutionary anthropologist who launches his own expedition into one of the most dangerous environments on the face of the planet in search of the evidence Brandt claims to have left behind.

If Brooks and his team hope to find the proof, they’ll have to follow the historical footsteps of the Germans into the hunting grounds of a species that evolved in utter geographical isolation, and their only hope for survival lies in uncovering the truth about the ill-fated Nazi expedition…for those who don’t learn from the past are doomed to repeat it.

FEARFUL SYMMETRY is available from Amazon, Audible and iTunes.

Michael McBride was born in Colorado and still resides in the shadow of the Rocky Mountains. He hates the snow, but loves the Avalanche. He works with medical radiation, yet somehow managed to produce five children, none of whom, miraculously, have tails, third eyes, or other random mutations. He writes fiction that runs the gamut from thriller to horror to science fiction…and loves every minute of it.