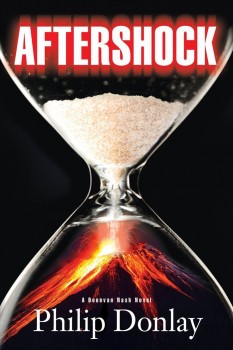 If you knew Philip Donlay in high school, you probably caught him just “flying around.” At seventeen, he was the only student in the school with his pilot’s license—a rare accomplishment for most, but for Donlay a somewhat natural progression in his life’s navigation.

Growing up in Wichita, Kansas, the Air Capital of the World, coupled with the fact that Donlay’s grandfather was a pilot, Donlay’s love of flying was essentially part of his DNA, as natural as breathing air.

Over the years, he’s been a flight instructor, flown a private jet for a Saudi prince, and for twenty-eight years, flew a corporate jet for a Fortune 500 company, logging almost 14,000 hours of flight time. Even still, he remembers his first solo flight with crystal clarity.

“I was a teenager flying a Cessna, realizing a lifelong dream, and it changed me,” he says. “The sense of freedom and accomplishment was, and still is, extraordinary.”

Although he’s officially retired from flying, Donlay now merges his love of planes with another great passion—writing. AFTERSHOCK is his fifth novel centered on Donovan Nash, a pilot with an unwavering belief system and a compassion for people that inspires him to be a hero, without the trumped up title.

“My vision of him is private, but what I want people to think about when they read my books is that brave people don’t all have super powers, or Ninja skills,” Donlay says.

Though some might suggest that Nash’s demonstrated piloting skills put him somewhere in the super hero range. In AFTERSHOCK, Nash is challenged to perform a dangerous rescue amid earthquakes, volcanic ash and lava from the eruption, a scenario inspired by one of Donlay’s more thrilling flights.

“The first time I flew into Guatemala City there was this plume of ash coming from Fuego, a volcano a few miles away,” he says. “As I learned more about Guatemala, I knew someday I’d write a book about beautiful lake Atitlan, which is surrounded by three volcanoes. Guatemala also blends perfectly with Donovan’s backstory, and adds tension and conflict.”

While Donlay won’t be personally flying into these kinds of danger zones anymore, he has plenty of experience to draw on for Nash’s future adventures.

“Writing allows me to keep living the life,” he says. “I sit at a keyboard now instead of the left seat of a jet, but I can take myself places and live wonderful experiences through writing novels. I think taking a book from idea to bookshelf is in many ways more challenging than flying jets around the globe.”

Like most authors, his love of writing stemmed from a passion for literature. “Again, we can thank Kansas,” he says. “With only three black and white television channels, books opened up an entire world.”

In fact, Donlay can cite—and does so on his website—five books or series that have had a profound impact on his life, either as writer, or a person. For instance, while reading the Hardy Boys, Donlay gained an appreciation for structure, and found comfort in the familiarity of the characters.

“Each book was like settling down with old friends,” he says. “I feel like there’s a little Frank/Joe in every mystery every written.”

In college, a teacher encouraged his love of reading and writing—albeit in a somewhat backhanded fashion.

“The assignment for English 101 was to write a magazine article,” he says. “The instructor gave me a B. I wasn’t accustomed to getting B’s; so I submitted what I’d written to a magazine. Six weeks later a check arrived and my article was published in a national aviation magazine. I still got the B, but now I had something far worse—the misconception that I could sit down at a typewriter, make up stuff, mail it in, and money would show up in the mailbox.”

In reality, Donlay admits, publishing isn’t for the “faint-of-heart, thin-skinned, or timid.”

“Ignore all the people who say you can’t do it—and there will be many,” he says. “Be stubborn, read, watch, and learn. Everything you need is out there for you to find. Hold your head up, own it, and never stop working.” 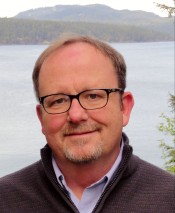 As a young man, Philip Donlay’s life was shaped by two distinct events. At the age of seventeen, he earned his pilot’s license, and at eighteen was published in a national aviation magazine. The combination of these two passions: flying and writing, has led to successful careers as both a professional pilot and novelist. His travels have taken him to over forty countries on five continents. Currently, Donlay divides his time between, Montana, and the San Juan Islands. He is the author of five novels, Category Five, Code Black, Zero Separation, Deadly Echoes, and the yet to be released, Aftershock.