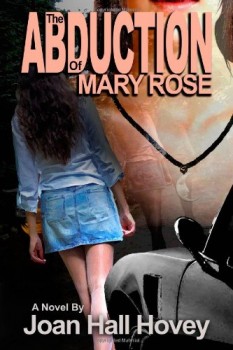 A suspense novel interwoven with threads of romance and paranormal.

Imagine discovering everything you believe about yourself to be a lie. And that the truth could stir a killer from his lair.

Following the death of the woman she believed to be her mother, twenty-eight-year-old Naomi Waters learns from a malicious aunt that she is not only adopted, but the product of a brutal rape that left her birth mother, Mary Rose Francis, a teenager of Micmac ancestry, in a coma for eight months.

Dealing with a sense of betrayal and loss, but with new purpose in her life, Naomi vows to track down Mary Rose’s attackers and bring them to justice. She places her story in the local paper, asking for information from residents who might remember something of the case that has been cold for nearly three decades.

She is about to lose hope that her efforts will bear fruit, when she gets an anonymous phone call. Naomi has attracted the attention of one who remembers the case well.

But someone else has also read the article in the paper. The man whose DNA she carries.

And he has Naomi in his sights.

The reviews are in—and they’re strong, comparing Joan Hall Hovey to Hitchcock and Stephen King. The author graciously agreed to say a few words to our readers:

I’ve always been drawn to the dark side of the human psyche, and devoured everything from Edgar Allan Poe to Shirley Jackson growing up. It is no surprise to me I turned out to be a writer of psychological suspense, often with threads of paranormal, mystery, and romance.

I like to write about ordinary women who are at a difficult time in their lives, and are suddenly faced with an external evil force. Women who are stronger than they think they are. I didn’t think a whole lot about theme until I had written a couple of books, but I realized with the writing of my third novel Chill Waters that my books generally have to do with betrayal and abandonment in some form, and learning to trust again. And more important, learning to trust oneself. Almost any good book will tell you something about the author herself. (Or himself.) You can’t avoid it. But first and foremost I want to give readers a roller-coaster ride, one that keeps them on the edge of that proverbial seats and resonates in the imagination long after the last page is read.

In addition to Joan Hall Hovey’s award-winning novels, her articles and short stories have appeared in any many publications, including The Toronto Star, Atlantic Advocate, Seek, Home Life Magazine, and Mystery Scene. Her short story Dark Reunion was anthologized in investigating Women, Published by Simon & Pierre.

She has held workshops and given talks at various schools and libraries, including New Brunswick Community College, and the University of New Brunswick. She is also a tutor with Winghill School, a distance education school in Ottawa for aspiring writers.

Check out THE ABDUCTION OF MARY ROSE today! 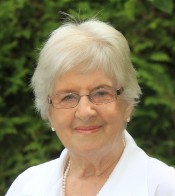 To learn more about Joan, please visit her website.